Babies in Spain: Which Month Produces the Most?

Want to know which month produces the most babies in Spain? In this article, we'll provide the answer and some other interesting conclusions. 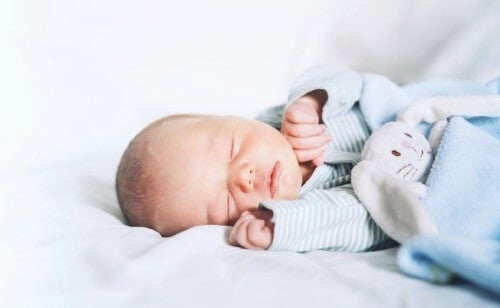 Children are the present and future of our world. With this in mind, it might be interesting to discover which month produces the most babies in Spain.

In this article, we’ll take a closer look in order to find the exact answer. Keep reading to learn more!

If you’ve ever wondered when most babies are born, you might think that all months of the year are more or less equal. However, the data shows that currently more children are born in winter in Spain. January was the month in 2018 that produced the most newborns, according to the National Statistics Institute.

Keeping in mind that it takes nine months for pregnancy to take place, the figure points to April as the month in which future parents start the process most often. Of course, this suggests that the arrival of spring weather encourages procreation.

In addition, we should remember that social and economic changes can affect the most intimate aspects of our lives. This includes the nuclear family.

In fact, the reality is that the birth rate changes, and has changed over time. The months with the most births has shifted through the ages due to the different social  contexts surrounding procreation.

January: the busiest month for new babies in Spain

The month in 2017 that produced the greatest number of births was January, with a total of 230,658. However, you should know that the data isn’t all positive.

The birth rate has fallen by 4.23 percent compared to the previous year. In fact, it should also be noted that the number of births registered in Spain for 2017 is the lowest total since 1999.

Thanks to the data provided by the National Statistics Institute, we can know exactly which months produced the most babies in Spain from 2000 to 2016. In general, it may seem as though the distribution of births is fairly even. However, we can draw some rather significant conclusions.

If we examine more closely, we learn that the months of October and September produced the most children. As you can see below, the figures speak for themselves.

Moreover, the National Statistics Institute confirms that the birth rate in Spain has been plummeting in recent years. As we mentioned earlier, social and economic factors can play a role even in our private lives.

The instability and precariousness surrounding employment, the lack of aid, and the difficulty in balancing personal and professional responsibilities are some of the most important reasons for this drop.

In any event, this translates into a decrease in births on a national level and an increase in the age of mothers at the time of conception. Currently, the average age at which women become mothers is 32.

Fertility and Stress: Is There a Connection?
Is there really a connection between fertility and stress? We'll tell you more about it here so that you can know if it's a problem that you're facing. Read more »
Link copied!
Interesting Articles
Babies
Lack of Hygiene in Adolescents: What to Do?