Early Detection of Deafness in Newborns 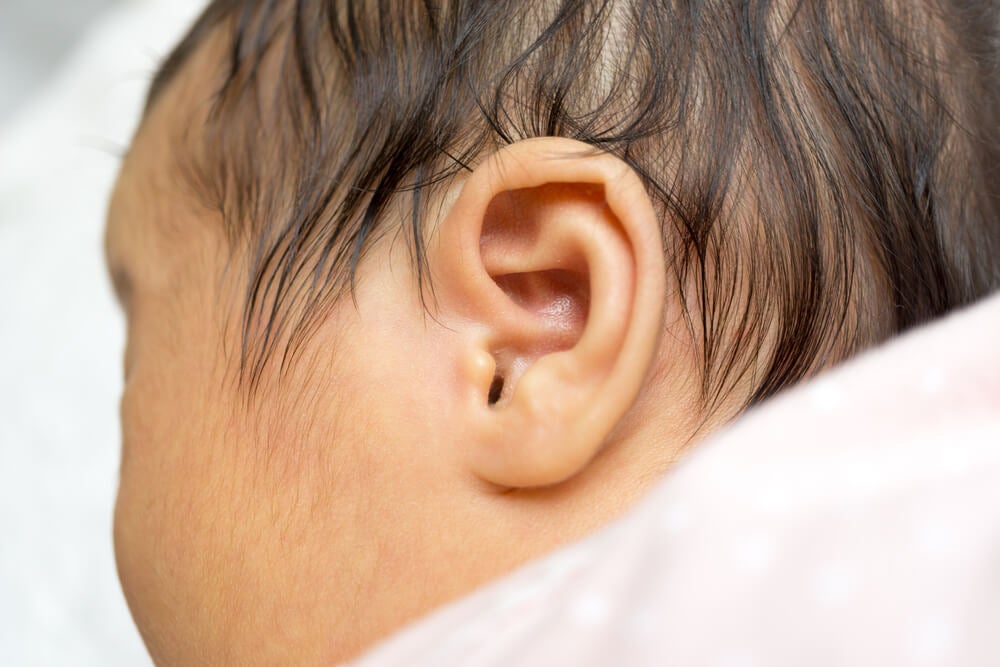 Newborns are subjected to several tests, one of which measures their hearing ability and allows for early detection of deafness.

This test should be done before the baby is discharged from the maternity ward or during the first month after delivery.

Being able to hear is fundamental to language development, since language is based on the imitation of sounds, until they reach the point of developing structure which we call communication.

According to an article written by the Spanish Association of Pediatrics (AEP): A child who doesn’t hear well will have difficulties speaking and communicating. This will affect their emotional, social and academic development.

Childhood deafness can be overcome

According to data from AEP, approximately 1,200 children are born with hearing loss every year in Spain.

According to the National Institute of Statistics and the Commission for early detection of hearing loss in newborns, (CODEPEH) around 80% of childhood deafness is present at the moment of birth.

They also state that 95% of deaf children are born into healthy families.

With early detection programs, deafness can be diagnosed early on.

This allows for the initiation of treatment and stimulation from an early age, which in turn facilitates the child’s access to oral language. The child will be able to develop their communication skills in an appropriate manner.

It’s important to be aware of the tests

According to pediatricians there is a critical period that extends from birth to the fourth year of life, in which the process of language acquisition occurs in an optimal way.

That’s why it’s so important to perform universal hearing screening in newborns. The average diagnosis of hearing disorders happens when the child is 2 months old.

It’s also important to know that the test that is carried out when the baby is in the maternity ward doesn’t allow for a definitive diagnosis. Only a small percentage of children who fail the initial screening actually become deaf in the future.

How to detect deafness

If the baby fails the initial screening, it’s best to consult a specialist in order to carry out specific hearing test such as: optoacoustic emissions and evoked auditory potential tests. Both of these tests are simple and they don’t cause any discomfort or harm to the baby.

The optoacoustic tests consist of installing a small probe in the ear canal that emits sounds. It picks up the response that occurs in an area of the ear known as the cochlea.

“The best legacy that a father can leave his children is a bit of his time every day.”

Some children are more likely to suffer from hearing problems than others. This is because they may have genetic heredity or other health problems that could affect their hearing.

Hearing loss can also be caused by infections or medications taken by the mother during pregnancy.

There are other risk factors of deafness such as prematurity or low weight after birth.

If you think your child has hearing problems, it’s best to consult a specialist in otorhinolaryngology. It’s also important to monitor your child’s hearing throughout childhood.

Pediatricians also state that most children hear without difficulty at birth, however sometimes as they grow they may start to present hearing loss.

Parents can easily identify hearing loss when they notice that their child doesn’t respond to sounds.

Parents should know that most hearing problems have a satisfactory evolution, this is especially true if they’re treated early.

Early treatment can prevent language development disorders. It can also increase the child and family’s quality of life.