There are many boy's names inspired by Disney characters that may appeal to you. Remember that names have a lot of power, which is why it's a decision that shouldn't be taken lightly. 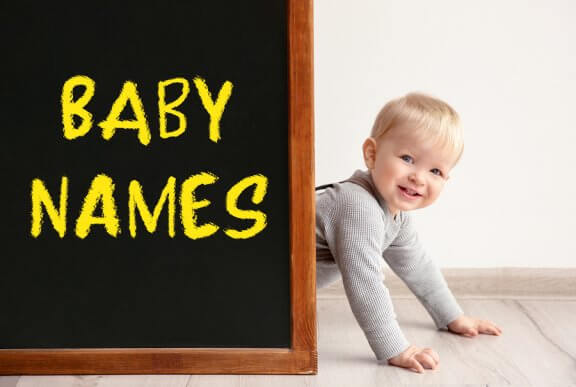 One of the first things you do when you find out you’re pregnant is start thinking about what you’ll name this new member of your family. Some people name their children after family members: the father, grandparents, or the mother. Other choose a mix of both.

However, a few people decide on names inspired by Disney characters. If you’re in this last group, perhaps one of these five will make the final cut.

The importance of names

A name is the first impression that helps you get to know a person. They’re part of our identities, and your name says a lot about you and even about your family as they are the ones who chose it.

Consequently, it’s important to choose the best name for your baby. However, names change like fashion trends. Some people hope to have a baby name that is associated with good memories. Disney movies are, for many people, one of these experiences that are worth remembering.

Disney has been part of many people’s lives for many years. Disney shows, movies, and cartoons have made us laugh, sing, dance… they have a special place in many people’s childhood memories.

Therefore, they’re one of the best sources to use as inspiration for choosing a name for your child. Below you’ll find 5 names inspired by Disney characters. We’ll also explain why they’re special.

This is one of the most popular names inspired by Disney characters. He’s the little mermaid’s prince charming. Of Scandinavian origin, Eric means “only leader” or may he reign forever.

This name brings memories of the incomparable love that the two characters have for one another, which overcame all obstacles.

This is a name that connotes strength. Unlike “Eric,” the meaning isn’t entirely clear. The closest meaning is “honor.” It alludes to the crab friend of Arial (the little mermaid) who, thanks to his humor and kindness, stands out as a loyal companion.

In fact, those who carry this name are characterized by curiosity, strength, and boldness.

This name means “support of the Goths” (the Goths were an ancient Germanic people). In general, people with this name have few friends, but are extremely loyal to those they have.

This is the association with Gus, Cinderella’s rat friend. Although he isn’t a main character, his loyalty as a friend is extremely helpful to the princess.

This is a name for boys inspired by Disney characters which is synonymous with history and power. It comes from a fusion of the words “Naples” and “lion,” so its meaning could be “Lion of Naples.”

People with this name are often strong of character, attracted to difficult challenges and willing to fight to make their ideas reality. Additionally, they’re sensitive, creative, and characterized by good humor.

This is why the name was given to one of the Aristocat’s dogs, who chased motorcycles to bite them.

This is a Germanic name related to Saint Rogelio, a 9th-century martyr. It means “intelligent warrior,” because he solved problems by adapting well to circumstances. This brings to mind Roger, from 101 Dalmatians, the Disney movie.

He was the music composer who fell in love with Anita and fought against Cruela to save the puppies. The intelligence and bravery of this character makes Roger an excellent name for a baby.

On the other hand, there are also multiple options for girls names. Favorites include: Anna, Bella, Giselle, and Leah. The first, from Frozen  means “compassion” or “mercy,” and is related to the name “Ana.”

The second (Bella) from Beauty and the Beast, is the same as saying “Lord of Health.” From Enchanted, Giselle means “wisdom.” And finally, Leah is a character from Sleeping Beauty and means “tired.”

In conclusion, names inspired by Disney characters will never go out of style because they gain strength with every movie.

Let yourself be influenced by these characters and choose a name that inspires you.

23 Basque Names for Girls
Family traditions and trends strongly influence the decision. Here are some Basque names for girls to help you pick a name for your little one! Read more »
Link copied!
Interesting Articles
Babies
Lack of Hygiene in Adolescents: What to Do?