If you're looking for a unique name that's related to mythological characters and heroes for your little one, don't miss the options presented below. 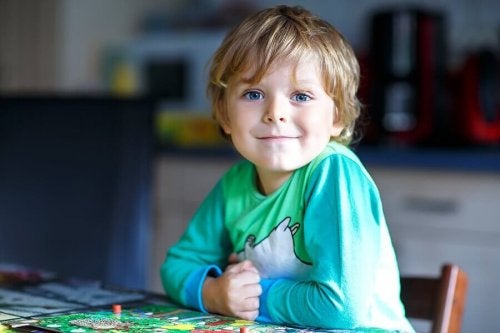 When searching for the ideal baby name, many parents put a huge amount of options on the table. It’s clear that the choices are unlimited. Nordic names aren’t too common, but they’re becoming more and more popular around the world.

When we speak of Nordic names, we’re referring to ones from Norway, Sweden, Denmark, Iceland, and Finland.

From this beautiful area of northern Europe, names linked to the mythology of Nordic and Viking gods and heroes have long been known. Take a look at the options listed below – one may inspire you!

Why choose Nordic names for babies?

Many of the Nordic names that have become popular all over the world, or that are used very frequently in that region, are linked to real or fictitious characters. These names embody values such as honor, wisdom, intelligence, or sublimity, in the case of those who allude to the deities.

In the case of the Vikings, names were assigned to newborns from the last relative who had died in the family. With this detail, they “assured” that the virtues of the deceased would be incarnated in the child.

Another important fact to understand the phonology, the meaning, and the origin of Nordic names is that the languages spoken in this region have an analogous root with the Indo-European and Germanic languages. They all share cultural features that also serve to identify these regions.

Without further ado, here’s our selection.

Aila: A name that is linked to a Scandinavian tradition. It’s translated as “sacred,” “blessed” and “sanctified.”

Alf: Meaning “elf,” this name was popularized in North America thanks to a television series of the nineties.

Axel: This name has become popular in Nordic countries as well as English- and German-speaking regions. Its etymology is linked to weapons of war.

Balder: This name was carried by the son of the god Odin. He was known in mythology as the magnificent one. Among the virtues that embodied beauty, eloquence and perfect light stand out.

Bard: This is a compound name that emulates a dichotomous pair meaning “war and peace.”

Ebbe: This is associated with masculinity, it means “warrior boar.”

Einar: Meaning “the guiding warrior,” and can be found recorded in various ancient texts of the battles of Valhalla.

Eivor: Nordic masculine name that refers to the gifts of wisdom.

Eskol: Based on a mythical character that persecuted the moon to devour it.

Hallr: Meaning “rock,” which automatically relates to strength and stability.

Harald: Translated as “prince of the army,” this name is linked to courage and honesty.

Holger: This name has been popularized by members of nobility and aristocracy in Denmark and has a root of the words “island” and “spear.”

“In the case of the Vikings, these names were assigned to newborns from the last relative who had died in the family. With this detail, they ‘assured’ that the virtues of the deceased would be incarnated in the child.”

Inge: Its origin is specifically Viking and was used to describe God.

Leifr: Also found as Leif, it means “the descendant heir.” This was often assigned to the firstborn son.

Odin: Possibly, one of the most known names in relation to the Nordic culture. Odin is the denomination of the main God of Nordic mythology and embodies virtues such as wisdom, absolute power, and kindness.

Olaf: This name has also been popularized by literary stories and has been frequently used by reigning dynasties. It’s said that its meaning is “inheritance of the ancestors.”

Oleg: This name means health or healthy. In addition, it’s considered the counterpart of the female name Helga.

Torhild: Linked to the oldest origins of the Nordic language, its root is the word “thor,” which means “thunder.”

If you ultimately decide to give your child a Nordic name, you should know that you’ll be using a name associated with ancestral cultural traditions that until today are deeply remembered and valued in Scandinavian societies. What is your favorite from the list?

23 Basque Names for Girls
Family traditions and trends strongly influence the decision. Here are some Basque names for girls to help you pick a name for your little one! Read more »
Link copied!
Interesting Articles
Babies
Lack of Hygiene in Adolescents: What to Do?