Precocious Puberty: What Parents Should Know

Precocious puberty occurs when puberty manifests earlier than stipulated and is characterized by a growth of breasts or testicles, as well as the appearance of hair and hormonal changes in children under ten years old. 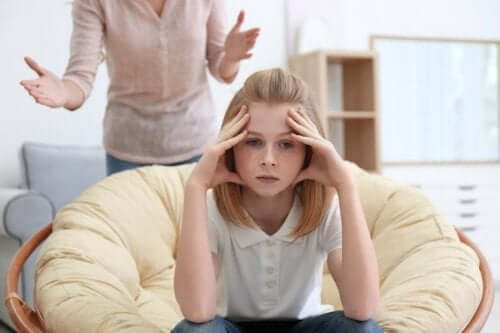 Puberty usually begins when we’re around ten years old, and continues until we’re about 14. However, some boys and girls go through what’s known as precocious puberty, which occurs earlier than usual.

This milestone is characterized by a growth of the breasts or testicles, appearance of hair, and hormonal changes in children ten years old or younger.

Puberty: what should you know?

Puberty is a period in which, little by little, we stop being boys and girls to become adults. A part of the brain called the hypothalamus is responsible for the process to happen. It secretes a gonadotropin-releasing hormone, which in turn stimulates the pituitary gland to produce other hormones: the luteinizing and follicle stimulant.

These two stimulate the gonads (ovaries or testicles) to increase the production of sex hormones — estrogens and testosterone, respectively — that are responsible for such changes during puberty.

On the other hand, we must also talk about the adrenal glands (located above the kidneys) as well. These play a significant role in producing sex hormones.

For girls, it usually begins when they’re around 10-11 years old; and in boys, at approximately 12 years of age. It typically ends at about 14 and 16 years old, respectively.

The following phenomena occur in both sexes:

What is precocious puberty?

We’ve already talked about puberty in general, but now we’ll devote ourselves specifically to what is known as precocious puberty. This phenomenon can manifest in any boy or girl before the age stipulated for this process.

Always remember that the age of onset of puberty has advanced significantly in recent years. This rapid advancement is partly due to estrogenic environmental contaminants.

We can define two types of precocious puberty: the central and the peripheral. The first happens when the hypothalamus releases gonadotropin at an early age and occurs more often in girls. The second is less common and has to do with an imbalanced production of sex hormones derived from problems in the ovaries, testicles or adrenal glands.

One of the most critical aspects of precocious puberty is undoubtedly the psychological and social problems that it can cause. Having matured early, both physically and mentally, can make us feel that we aren’t part of a group or that our peers are more childish.

As parents, we shouldn’t worry if our children experience puberty-related changes before the stipulated age. Precocious puberty is an unknown variable in healthy growth.

How can we detect precocious puberty?

It’s not easy to identify signs of precocious puberty because oftentimes we can’t even notice the changes when they happen. However, we can detect breast development in girls and an increase in the size of the testicles in boys.

In the first case, girls will have more sensitivity in their nipples, when they rub them with clothes, for example, or through simple contact. As for boys, the pediatrician can examine them during a routine check-up, while checking for specific changes in the penis and scrotum.

To make a correct diagnosis, the pediatrician will analyze the child’s medical history and perform specific physical exams. They may also ask for a blood test to measure their hormone levels and an x-ray exam to analyze the growth and maturation of the bones.

In many cases, children who begin to develop earlier often stop growing before others. This can result in them being shorter than average adults.

The doctor will tell us if precocious puberty is involved and what to do in each specific case. So, don’t feel alarmed or worried if your child hits puberty a little earlier than usual.