5 Important Changes Between the Ages of 10 and 12

Between the ages of 10 and 12, there's a time of constant growth and change. Find out what happens at this age! 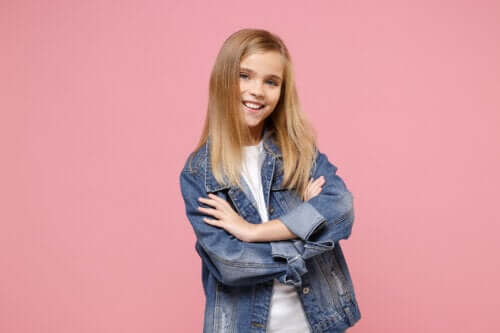 Between the ages of 10 and 12, children go from childhood to puberty. That is, they grow up and start to move towards adolescence, a complex path full of important changes, both at a cognitive and physical, social and emotional level.

Would you like to know about some of the changes that take place at these ages? We’ll tell you in this article!

5 important changes between 10 and 12 years old

1. Children change the way they relate to their peers

During childhood, friends are important for play and fun, but from the age of 10, relationships with peers become much more complex.

Between the ages of 10 and 12, children often change their friends, as they need to create a group they can trust. They need to find people they can identify with, and people with whom they can share ideas, tastes and hobbies. In fact, at this age, the child’s group of friends becomes a point of reference for them, and a source of essential support. The family can sometimes take second place.

At the age of 10, children are generally autonomous enough to carry out responsibilities and duties related to home and school. However, they will still need some supervision by parents or teachers.

However, by the time they’re 12, children feel more grown-up, and demand more and more independence. This means they’ll want to make their own decisions and do things on their own, without feeling controlled by adults.

Without a doubt, between the ages of 10 and 12, it’s a time of great physical change and development. Their bodies are, little by little, being progressively transformed from being boys and girls to being men and women.

In this sense, some of the most outstanding changes that take place at this age are the following:

4. They start to build an identity and personality of their own

Another notable change that occurs between the ages of 10 and 12 is that children try to develop an identity and personality of their own and look for a style that defines them. To do this, they begin a process of exploration and experimentation. They try out various options depending on their tastes, hobbies, interests, experiences, thoughts, etc.

In addition, throughout this process, they start to carry out internal reflection and a constant revision of their self-concept and, therefore, of their self-esteem.

5. They develop a moral capacity

Until the age of 10, most children don’t reflect on why they do the things they do. In general, they follow the rules imposed by adults because they accept that they have to obey them.

However, this all changes around the age of 12. Children start to learn to reflect, discuss and negotiate rules with others. In doing so, they’ll comply with them because the agreement reached must be respected and not because it’s dictated by some “authority.”

“Mother Nature is providential. She gives us twelve years to develop our love for our children before they become teenagers.”

In short, boys and girls between the ages of 10 and 12 change a lot, especially physically and psychologically. All these changes aren’t easy to accept, and this can be an extremely complicated time of development.

Moreover, this can also significantly affect mothers and fathers, who suddenly have to accept that they no longer have a child at home, but, rather, a small adult who’s wanting to start to build their own life and identity.

Physical Changes During Puberty
Boys and girls experiences a variety of physical changes during puberty. This period in our lives involves a series of biological changes. Read more »
Link copied!
Interesting Articles
7 to 12 Years
The 7-Year-Old Crisis: What Does It Involve?

Between the ages of 2 and 3, our little ones go from being babies to becoming children. Because of this,…

Covering basic needs in a child's education is absolutely essential for their proper development. Basic educational needs, as the name…