Can Gluten Intolerance Be Hereditary?

Gluten intolerance or celiac disease is a disorder related to gluten. This isn't the only disease linked to this protein. In this article, you'll understand the differences between several gluten-related disorders. 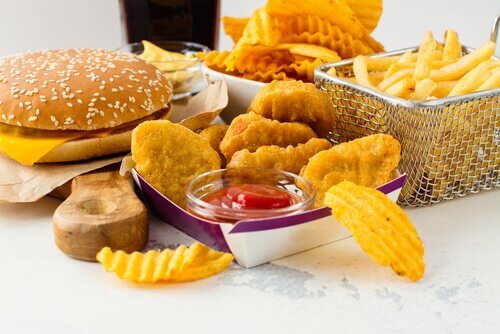 Gluten intolerance is an incurable disease that affects 1% of the world population and there are several gluten-related disorders, such as:

The treatment for these is the same. Fist it requires following a gluten-free diet. Afterward, the symptoms will disappear and the damages can be reverted, in most cases. However, the symptoms are what tells you which of these disorders you may have.

So, what’s the difference between these disorders?

Gluten, glutenins, and prolamines are proteins found in grains and mostly wheat. Glutenin is the protein that gives flour its elasticity and its fluffiness to the dough, so it’s a popular additive in the food industry. Regarding wheat, glutenin makes up 85% of its proteins.

It shares many symptoms with celiac disease, so people often mistake one for the other. Both diseases can cause diarrhea or constipation, cramps, bone and joint pain, and fatigue. Gluten sensibility doesn’t have a genetic element and it doesn’t have the same biomarkers as other gluten-related autoimmune diseases.

The fact that their symptoms are similar to celiac disease makes it harder to identify it, although treatment is the same: eating a gluten-free diet. However, it was in 2012 when the disorder was finally classified as something different than just gluten sensibility. The symptoms can appear after 48 hours and be longlasting.

On the other hand, gluten intolerance and allergy to wheat are diseases with genetic elements. These diseases are identified through DNA analysis, locating the biomarkers responsible for each of them.

Gluten intolerance can have big consequences for the digestive tract of the sufferer. It’s worse in children because it affects the intestinal villi and makes it difficult to absorb nutrients.

This can delay growth, cause rickets, anemia, violent behavior and mood swings. This results in chronic malnutrition, damaging the small intestine. Also, symptoms can take years to manifest.

Wheat allergy is a hereditary disease that causes an allergic reaction to wheat and its derivates. Although some symptoms match those of celiac disease (like diarrhea and cramps), it doesn’t share the same biomarkers as gluten intolerance.

The specific symptoms of wheat allergy relate to an allergic process. For instance, there’s the swelling or itching in the mouth, difficulty swallowing and breathing, and hives.

This allergic reaction is caused by all the proteins present in the wheat, not only the glutenin. In conclusion, identifying the genetic biomarkers gives the disorder a hereditary element.

However, the genetic mutation can also be spontaneous and undeveloped or show symptoms during adolescence or adulthood.

Nowadays, we know the genes that give you celiac disease, but science is still unsure as to how they operate.

Type 2 Diabetes in Children
Type 2 diabetes in children is a disease that’s becoming more common due to the increased prevalence of childhood obesity. Learn all about it here. Read more »