What Is Pediatric Psychology? The Basics

Pediatric psychology focuses on child development – physically, but above all emotionally. Specifically, it's the study of children's perception of themselves, including the environment around them. 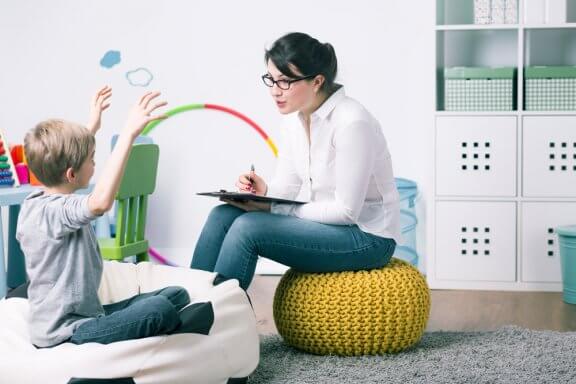 Pediatric psychology specializes in the study of psychological processes during childhood as part of child development. It began in the 19th century with a more biological focus. However, in the 20th century the field expanded with theories such as psychoanalysis, cognitive psychology, and constructivism.

Jean Piaget’s contributions set the course for pediatric psychology with his “Learning Theory.” The psychologist dedicated himself to researching the stages of child development.

Piaget offered a description of how children perceive themselves and the world around them, from birth to adolescence.

With an understanding of children as highly complex, this discipline covers children’s motor, linguistic, emotional, perceptive, physical, cognitive, and social aspects. Pediatric psychologists can be based in one scientific school or another, basing their interventions on the contributions of each theory.

Pediatric psychology addresses the way that each developmental stage operates for each child, or vice versa, establishing parameters and codes (generally maintaining a wide margin of relativity) within the field of children’s mental health.

Likewise, pediatric psychologists address children in their environmental context. Of course, it’s vital to know and understand the environment when it comes to establishing a diagnosis and treatment. So the professional must establish:

Some topics from Piaget’s cognitive theory

To understand pediatric psychology it’s important to understand the way that the cognitivist Jean Piaget laid it out. Basically, he postulated the theory that, at each age, children naturally acquire the ability to solve certain problems: motor, cognitive, and emotional.

For Piaget, the stages of evolution were understood as cognitive structures. These bases develop over time, always in the same order.

But the idea is not to focus on the subject’s age, rather that each cognitive stage happens without skipping any. At the same time, each stage must integrate smoothly with the one that follows.

The stages of child development according to Jean Piaget are:

Today, cultural changes are vertiginous and children present very different behaviors from those of kids 100 years ago. These days you may hear terms like “anxiety disorder.” Or you may recognize “attention deficit,” “sleep disorder,” depression, or more broadly, “Autism spectrum disorder.”

These dysfunctions cause children not to respond to certain standard norms. The traditional theories of pediatric psychology are always being revised and modernized to apply to the needs of new and different generations.

The omnipresence of technology, the crisis of the hetero-patriarchal family, and the creation of new types of families require new theoretical approaches from pediatric psychology.

In this way, there are new ways to see things that continue to change for teaching, schools and learning centers.

In conclusion, an obsolete definition of childhood will create an unbridgeable gap between the new and old generations. As a result, many experts proceed to apply scientific parameters to childhood, widening the gap even more.

5 Tips for Teaching Children to Make Decisions
Teaching children to make decisions is very important. Parents should support and guide them along the way. We'll provide a few tips in this article.  Read more »