The Importance of Autism Awareness

Many people have trouble understanding children with autism. In this article, we explain the importance of autism awareness. Read on! 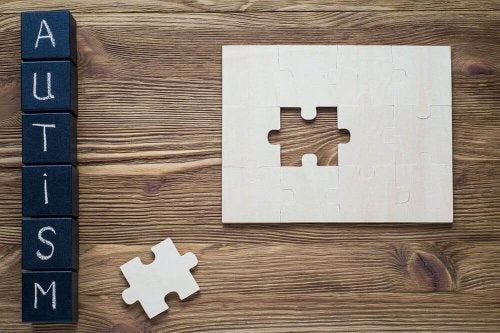 Autism is a neurodevelopmental disorder characterized by difficulties in social skills and communication. Because of this, children who suffer from this disorder often manifest peculiar behaviors that, many times, aren’t understood by others. For this reason, we’ve decided to dedicate the following article to the importance of autism awareness.

We should note that these children can achieve optimal development, coping adequately with the environment around them, mainly due to the support of their family, school, and society in general.

Children with autism have another way of perceiving and understanding the world. Therefore, when you relate to them, you must make an effort to understand not only their needs, but also their perspective of reality and their way of thinking, acting, and reasoning. This way, people can adapt to the child and the situation, socially including them.

For this purpose, we must make an effort to raise awareness and sensitize the entire community, so that all people accept, respect, and include children with autism in society.

In fact, to this day, many people think that autism spectrum disorder is a disease and that these people lack feelings and are isolated in their own world, with no intention of communicating with others.

All these myths must be debunked because, if they perpetuate, it’ll be very difficult to advance in the inclusion of this group in society.

Changes in the definition of autism

To corroborate the importance of autism awareness, we’ll highlight a curious event related to the definition of autism. In this sense, until 2014, the RAE (Royal Spanish Academy) defined autism as:

“A childhood syndrome characterized by the congenital inability to establish verbal and affective contact with people and by the need to keep their environment absolutely stable.”

But, obviously, this definition doesn’t correspond to reality but to the myths that exist about autism. Consequently, the families of autism patients, as well as many people who suffer from the disorder, carried out a request to change the definition of autism to a more appropriate one. Thus, now it’s currently defined as:

This is a clear example of how small changes can be achieved that dignify people with autism spectrum disorder (ASD).

Information and awareness about autism is so important that, in 2007, the United Nations declared April 2 as World Autism Awareness Day.

Thus, on this day, organizations and associations launch social awareness measures and campaigns. They do this to explain to society the reality and needs of children with autism and their families. Thus, these people get the visibility they deserve.

For this purpose, people carry out different activities, such as:

These events take small steps to allow people with autism spectrum disorder to live their best lives with full autonomy.