Negative Consequences of the Pygmalion Effect on Children

In this very interesting article, discover the negative consequences of the Pygmalion effect in children. 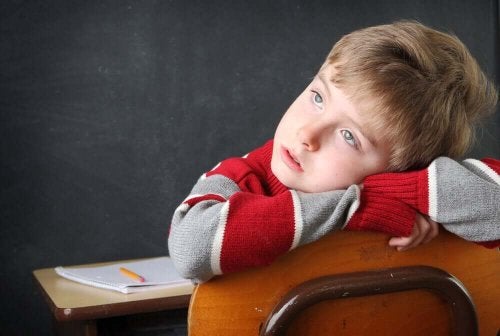 The Pygmalion effect is well-known in the world of social sciences. It’s a theory that states that expectations can influence and modify behavior. When these expectations are positive, they’ll reflect on a person’s behavior in a positive way.

But what happens if the expectations are negative? Can the Pygmalion effect harm children?

The Pygmalion effect owes its name to mythology. Specifically, to the Greek king who fell in love with a statue he carved himself. Psychologist Robert Rosenthal used this myth to refer to the consequences that, as a result of our expectations, finally become a reality.

In other words, it’s the idea that your expectations can influence others, increasing their chances of becoming a reality. It’s intimately related to self-fulfilling prophecy, which refers to the fact that your beliefs can lead you to behave in a certain way to finally enforce these beliefs.

“The bottom line is that if we expect certain behaviors from people, we treat them differently – and that treatment is likely to affect their behavior.”

Relationship between the Pygmalion effect and education

In 1968, Robert Rosenthal and Lenore Jacobsen conducted a study that showed that when teachers had positive expectations of their students, they favorably influenced their academic performance. In other words, if teachers encourage their students and give them positive comments, this will help them get better grades.

However, what happens when students receive negative comments? According to Jesús Beltrán, when the expectations are negative, they can seriously jeopardize students’ school performance, affecting their self-esteem and motivation.

Negative consequences of the Pygmalion effect on children

When a child receives comments such as: “You’re lazy” or “If you don’t study, you won’t get anywhere in life,” then they won’t consider them constructive criticism. Instead, they’ll perceive them as qualifiers, since these types of opinions directly allude to their personality and identity.

Thus, if parents or teachers have negative expectations about children, they’ll negatively influence them not only academically but also personally. These are some of the negative ways the Pygmalion effect can affect children:

If you tell your children or students that you’re confident in their abilities and capacities, you’ll reinforce them and they’ll have the necessary motivation to achieve what they set out to do, which will increase their chances of achieving their goals.

This doesn’t mean that you shouldn’t talk to children when they make mistakes or tell them to work harder. Remember that the important thing is for children to know that their skills and abilities are valid, and this requires confidence.

Childhood behavior
The Key to Success: An Activity to Motivate Children