What To Do When Your Child is Getting Bullied 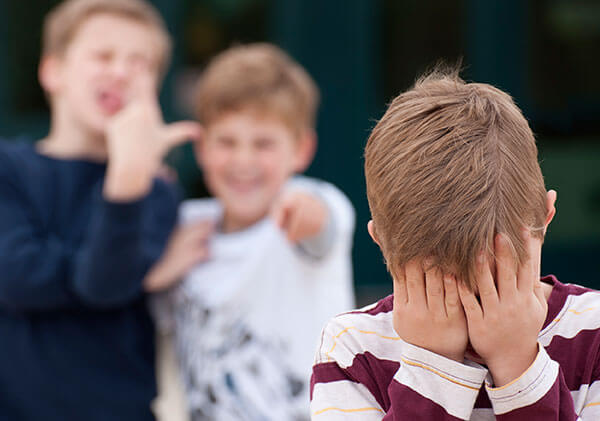 Your child comes home from school and you can see that he is distraught. “He’s getting bullied,” is the first thing you think. So you approach him, heartbroken to see him so hurt. You start to ask him about it and he seems discouraged, and not interested in talking. They make fun of him at school.

You begin to resent the hallways and classrooms of the educational establishment. Those corners where children are destined to suffer through the worst cruelty. You can see the sadness in the angelic face of your child and it breaks your heart.

No matter your weight, height, gender, or ethnicity.. No one escapes this new form of violence. Now, you probably don’t know what to do. You are fraught with anxiety and asking yourself, “What can I do in this situation?” So pay close attention to this article.

If they make fun of him, show him that he is different and unique

If your child is the target of ruthless criticism, then focus on what the other kids are saying. Point out all of the things, aside from what they tease him about, that set him apart from the rest.

Of course, the qualities that make him different should never be framed in a negative way. He should accept himself just as he is, understanding that this is what makes him unique and special.

You can even remind him of all those people who still succeeded in different areas of life even though they possessed the same qualities he is being teased for. Admit that you also used to be bullied and tell him what you also had to endure.

Show him that he is not the only person who has gone through this. Also explain that people will always have something to say. That’s the way it is, even when no one asks for their opinions. People like to judge, even though they may not know that behind every person is their life story.

The wicked publicly scoff at good men, and secretly, they respect and envy them.

“In weakness I am made stronger,” should be the mantra that inspires your son to keep fighting. He shouldn’t allow himself to be brought down by abusive children whose actions clearly represent their own insecurities. These types of actions do nothing but expose the person’s own shortcomings.

What Your Child Should Do If He Is Teased

First, take the words used against him as a representation of who says them. He shouldn’t let things that other people say bother him. Ignore those with an inferiority complex who feel the need to put down others to feel superior.

“I’m rubber, you’re glue,” just as the children say. And, as they would say in Chile, “opinions abound in the mouths of fools.” As he continues on his path, life will take care of putting everyone in their place. That’s when he will be able to prove that nothing they have said has affected him, and what a great person he is.

Your child should never forget the fact that he is unique and special. Maybe does not look like everyone else, but that certainly does not mean that he is weird. No, not at all. Being different has never been a bad thing. On the contrary, he should always know that there is value in his uniqueness.

Encourage your child to be happy with who he is. With both flaws and virtues. To love himself, with total confidence. To accept himself. And to know that the good thing about being different, in body, mind, soul and spirit, is that you think and work differently. What is the best thing that your child can do when he is teased?

There’s no better answer than to smile. Believe us, it will only wipe the grin off of his bully’s face. The person who was just laughing at your child’s tears, not only will not know what to do, but they will also feel small and inferior when they see that their toxicity is not affecting him. Just laugh, and be happy. This is the worst thing you could do to a toxic person.

Mockery is an instrument used every day by the ignorant and self-conscious to make themselves feel superior.