Herpes Zoster in Children: What You Should Know

Herpes zoster affects between 10 and 30% of the population. It's more common with age. However, in recent decades, it's become more common in children. 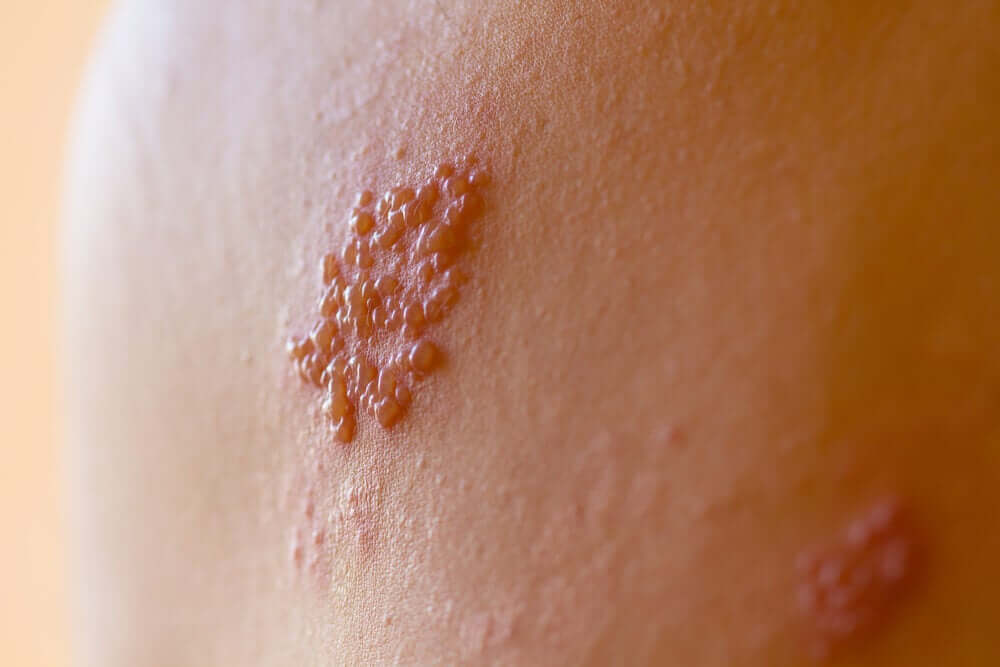 The main risk factors for herpes zoster in children are:

Let’s see what herpes zoster is and why it occurs. In addition, we’ll talk about the consequences it can have on children who suffer from it.

What is herpes zoster?

Herpes zoster is rare, and it’s usually a benign disease. In children, it usually doesn’t have many complications. However, these complications are more common in adults. Immunocompromised children tend to show more severe symptoms like adults get.

The varicella zoster virus (VZV) causes it, which causes two diseases in humans. The first is chickenpox, which is the primary infection. After recovery, the virus is dormant in the spinal cord. However, it can reactivate, which causes shingles.

Therefore, shingles is the reactivation of the chickenpox virus. Even though chickenpox is very contagious, this doesn’t happen with shingles. It’s much less contagious, and you can only get it from direct contact with skin lesions.

Symptoms of herpes zoster in children

When the chickenpox virus, which remained dormant in the spinal cord, reactivates, it starts to spread along the nervous tract. This is when shingles occurs.

The first symptoms that appear are pain or pruritus. Then, you’ll notice rashes, erythema, vesicles, pustules and scabs that last about two or three weeks. Generally, it comes with other symptoms like fever or malaise.

In more severe cases, it can also cause vision, taste, balance or hearing disorders. This happens when the virus affects the cranial nerves. The most frequent complications are:

These special forms aren’t common in children. As we mentioned, children usually experience a much more mild form of this disease.

For children, usually you treat herpes zoster by treating the symptoms, in most cases. Specific drugs, like antiviral drugs, are reserved for very risky situations.

If necessary, the antiviral drug for children to treat herpes zoster is acyclovir. Kids can take it orally or by an IV. Antiviral drugs that adults use aren’t good for kids because there isn’t enough research to support using them in children.

Regarding treating the symptoms, they’re mainly aimed at reducing pain, speeding up recovery and preventing complications. Therefore, doctors use non-steroidal anti-inflammatory drugs. In more severe cases, you can also use corticosteroids.

There have been cases where people get shingles after getting the vaccine. In fact, this happens because varicella vaccine viruses also remain dormant in the spinal cord. Then, they can reactivate when the time comes.

Even so, all prevention is good. We recommend listening to the advice of specialists, and vaccinating your children according to their schedule.

Lack of Vaccination and Increased Cases of the Measles
Since the year 2016, the world has seen a 30% increase of measles cases, mostly due to lack of vaccination against this disease. Read more »
Link copied!
Interesting Articles
Illnesses in children
Osteogenesis Imperfecta in Children

Illness
What Is Kabuki Syndrome?

Kabuki syndrome, also known as Kabuki mask syndrome or Niikawa Kuroki syndrome, is a very rare genetic disease unknown to most people. For this reason, we've prepared this article about…