Warning: The Effects of Tobacco in Children

According to the World Health Organization, tobacco is the main cause of illness, invalidity and avoidable death in the world. Read more about the effects of tobacco in children. 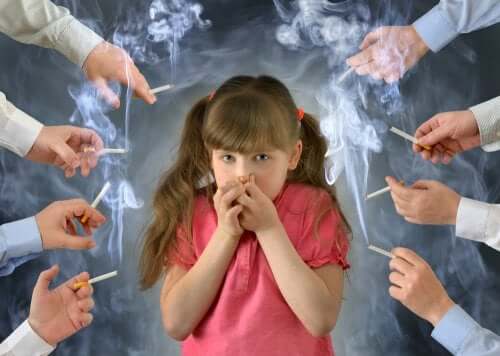 Consuming tobacco is very dangerous during pregnancy. A mother’s exposure to second-hand smoke while pregnant is also dangerous, but not as much as direct consumption. Smoking reduces a woman’s fertility and increases her risks of having a miscarriage.

At the same time, studies have shown that consuming tobacco during pregnancy can have serious consequences in newborns. These include low birth weight, premature birth, increased chances of malformations, risks of sudden infant death syndrome, etc. Without a doubt, smoking while pregnant is an unnecessary and avoidable risk for unborn babies.

Women who smoke should cease to do so as soon as they become pregnant, or as soon as possible. Specialists recommend that fathers also give up smoking. Doing so helps keep the environment free of smoke and helps the mother from falling back into the habit.

In the case of breastfeeding mothers, it’s important to point out that tobacco can also pass through breast milk. This exposes nursing babies to the toxic effects of this substance.

The effects of tobacco on children

Second-hand smoke is the exposure to tobacco smoke by nonsmokers. Smokey environments cause us to continuously inhale toxic substances that tobacco smoke releases in the air. These toxins are extremely damaging to our health.

Specifically, we can say that second-hand smoke can lead to:

Children are especially vulnerable to tobacco smoke because their bodies aren’t yet completely mature and developed. This means they’re unable to combat the damage caused by tobacco’s toxic agents the same way adults can.

Furthermore, the number of breaths they take per minute is higher than that of adults – meaning they inhale more smoke.

How to keep children from becoming smokers?

The risk of children picking up the habit of smoking in the future is higher when their parents are smokers. When children grow up in a home where they witness tobacco abuse, then they have a higher chance of becoming active smokers.

In fact, the age at which children begin smoking is becoming younger and younger. In these cases, the effects of tobacco are much more serious than in adults:

It’s also important to point out that the earlier a person begins to smoke, the greater the risks are to their health. At the same time, picking up smoking at an earlier age makes it harder to break the habit.

Conclusions regarding the effects of tobacco on children

According to the World Health Organization, tobacco is the main cause of illness, invalidity and preventable death in the world. It’s not only damaging for our health but for that of our children as well. Children are especially vulnerable to its harmful substances.

Therefore, we should avoid tobacco in our homes and stay away from areas that are full of smoke and toxins. Today we have access to many tools that can help you quit smoking. You too can do it!

10 Tips to Quit Smoking If You’re Pregnant
Quiting smoking isn't always easy but it's imporant, especially when you're pregnant. In this article, we offer 10 tips to quit smoking if you're pregnant. Read more »
Link copied!
Interesting Articles
Illnesses in children
Allergies to Bites and Stings in Infants and Children