HIV in Children: What You Should Know

HIV in children continues to affect disadvantaged countries and, although it has declined significantly, there's still much to do. 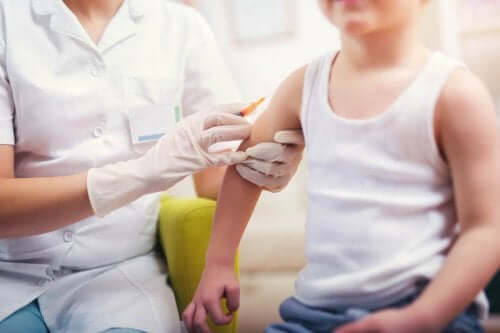 Just over 30 years ago, the world was aware of the first cases of HIV (Human Immunodeficiency Virus). Even though today there are great advances in the treatment and diagnosis of this disease, women, adolescents, and kids still run the highest risk. Do you know how HIV affects children?

Stats about HIV in children

According to UNICEF data, HIV continues to affect children more aggressively. In 2017, 3 million children and adolescents were carriers of HIV; of which, almost 9 out of 10 live in sub-Saharan Africa. Moreover, barely over half of them receive treatment. This leaves them in an unprotected situation and at risk of death.

“If they don’t receive treatment shortly after birth, one-third of the children living with HIV will die before their first birthday and half of them before reaching 2 years of age,” according to the NGO.

Henrietta Fore, executive director of UNICEF, makes it clear that in most countries, women and girls don’t have easy access to information or health services. Unfortunately, the most serious issue is that many of them have no choice but to have unprotected sex.

“HIV thrives among the most vulnerable and marginalized, leaving teenage girls at the center of the crisis.”

In the United States, the Center for Disease Control and Prevention diagnosed 122 cases of HIV infection in children under 12 years in 2016. While in Spain, no pediatric cases have been diagnosed since 2005, according to data from the report on epidemiological surveillance of HIV and AIDS in Spain in 2015.

Causes of HIV in children

Childhood HIV can be transmitted from an HIV-positive mother to her baby during any stage of pregnancy, childbirth, or breastfeeding; we refer to this type of infection as mother-to-child transmission of HIV. For years, women with the disease have been able to take treatment during pregnancy to prevent the transmission of the virus to their children.

On the other hand, babies of HIV-positive mothers receive these medications for 4 or 6 weeks after birth. This treatment protects them from the virus in the far off chance they were infected by the mother during childbirth. In these cases, professionals discourage breastfeeding since it’s a source of direct infection.

Where are we heading?

UNICEF is one of the organizations that most works with children, their rights, and their guarantees to grow and develop in a healthy and safe way. This NGO upholds the need for more measures; otherwise, there will only be a 23% decrease in HIV infections among adolescents by 2030.

According to their calculations, if the current trend continues, 1.2 million children and adolescents will die from HIV between 2018 and 2030. Almost 70% of them will be under 10 years old.

Children between 0 and 4 years of age living with HIV have a higher risk of an AIDS-related death compared to other age groups. This is because the diagnosis and treatment of children usually take place too late.

How do children live with HIV?

Antiretroviral therapy (ART) is used to attack HIV and its use is recommended in all infected people, regardless of their age. The dose and the time at which the medication begins will depend on the growth factors of each child, their development, and therapeutic compliance.

As you can see, the advances to fight HIV in children in the last 15 years have been very significant, reducing contagion and death. However, there are still much more sensitive groups and countries that are still at risk; thus, it’s essential to continue moving forward in its eradication.

Yellow Fever: Cause, Symptoms and Prevention
Yellow fever is caused by a virus that belongs to the Flaviviridae family, of the Flavivirus amaril genus. This infection spreads through mosquito bites. Read more »
Link copied!
Interesting Articles
Illnesses in children
Systemic Lupus Erythematosus in Children