Suppositories in Children: What You Should Know

Suppositories in children are still the best way to administer medication in some cases. We'll tell you what you should know about them in this article. 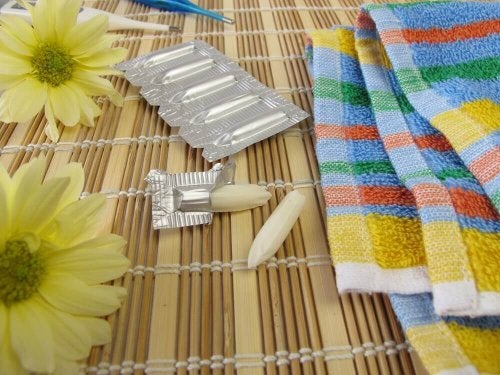 Suppositories are a particular format of drugs. Because they’re somewhat uncomfortable to administer, they’re not the most common way to give drugs. Even so, doctors still recommend them in certain situations, especially with children. Here are some facts you should know about suppositories in children.

Suppositories are a particular format in drugs. They’re basically solid or semi-solid medicines that dissolve at room temperature. Because of this, they’re designed to be administered rectally, and you need to insert them into the body through the anus.

When are they used?

Not all medications are available in this format. Because of the discomfort they sometimes cause and their disadvantages, doctors usually limit their use to certain specific situations.

You can use suppositories in the case of localized problems, such as hemorrhoids. They can also be used for problems in other parts of the body. Their most widespread uses are in children with:

Each individual suppository is usually accompanied by the manufacturer’s instructions. Even so, there are usually a number of common steps to follow:

Like any medication, the suppository has an expiry date. It’s important to check that it hasn’t expired before you use it.

Each manufacturer will indicate the measures to be taken for its conservation. Sometimes, it’s necessary to keep them in the refrigerator and other times it’s enough to keep them in a cool and dry place.

Finally, due to its peculiar application, it’s always important to use it with care so as not to harm the child. Of course, to ensure it works properly, we must give it time to work and make sure that the child doesn’t expel it from the anus.

Suppositories in children, although used less and less frequently, are still the most appropriate way to give medication in some cases, such as vomiting and seizures.

Given their peculiarities, it’s important to know how to store them and apply them correctly. Finally, it should be noted that the most reliable instructions will always be those given by the manufacturers of each particular suppository.

The Treatment of Internal Hemorrhoids
There are a number of treatment options that can bring relief in the case of internal hemorrhoids. Some of these remedies are already in our homes. Read more »
Link copied!
Interesting Articles
Illnesses in children
Marfan Syndrome in Children: What You Should Know