Increase Your Child’s Intelligence with The Wits Method 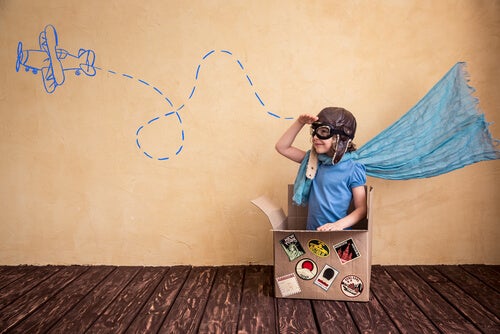 Your child’s intelligence can be strengthened in many different ways. A model has been developed by NASA and it’s known as the Wits method.

This brain training system is presented as a playful tool for children. It has been shown to increase their attention, concentration and memory.

The system is based on neuro-feedback technology which is able to record the child’s brain activity, concentration and attention during the performance of certain exercises.

The Wits method is considered a playful tool that can increase your child’s brain abilities. This can be useful in other situations outside the classroom such as decision making and problem solving. It can also help improve their social skills.

The Wits method is a proven system that promotes brain training. It also improves abilities such as attention, concentration and memory.

NASA conducted a study on school students using the Wits method over a period of a school year. The study found that after 10 months of training during half-hour sessions, students achieved an improvement in five capacities that were analyzed: attention, concentration, memory, motor skills and social skills.

According to the study, attention and memory were the capacities that were most improved by the Wits method. The students’ attention improved by 37.47% on average. Their memory improved by 35.91%.

The students’ motor skills and social skills saw an improvement of between 21% and 33% on average. Motor skills are comprised of visual perception, spatial structuring and coordination.

Teachers of students who have undergone Wits training agree that the method helped their children concentrate more. It also helped them to focus for longer and to develop tasks quickly.

This training system is based on technology that is used to train astronauts. Astronauts undergo the training because their job requires high levels of concentration and attention.

This method has already been introduced to the public. It is currently being tested in countries like Spain.

The Wits method is being used widely to improve childrens’ concentration, attention and memory. The method is based on brain training conducted for 10 months during half-hour sessions.

Studies show that primary and secondary students were able to improve their analytical, cognitive and creative capacities. Teachers who implemented this training method have seen that their children are less distracted in the classroom.

They also perform the activities assigned to them faster than they did before practicing the method.

This method is appropriate for everybody aged 5 to 95. Therefore, you simply have to be interested and trust the experts.

You’ll see how much their capacities will increase. The best thing about the Wits method is that there is no score and there is also no final test. It’s simply fun daily training.