Gamification in Education: Benefits and Application

Gamification describes the process of applying game-related principles to contexts unrelated to games, such as education. 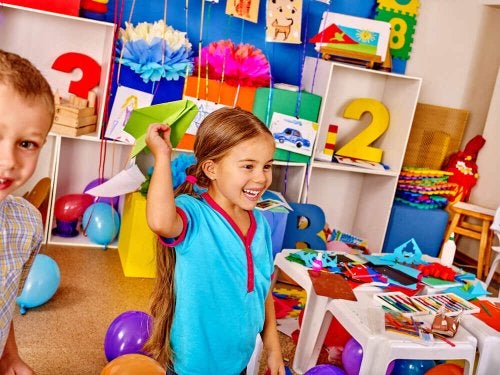 Gamification in education, or gamification of learning, is sometimes described using other terms: playful thought, early gaming principles for education, motivation design, and commitment design, among others.

As students voluntarily spend many hours playing and solving problems, researchers and educators have sought ways to harness the power of games in the classroom in a motivating way.

Gamification operates under the assumption that the kind of commitment players experience with games can be translated into an educational context in order to facilitate learning and influence student behavior.

It differs from learning based on games as it doesn’t involve students creating their own games or playing commercial games.

Classrooms that contain identifiable game elements can be considered “gamified” classrooms. The best combinations, which create more commitment, take the unique needs of students into account and do more than use points and levels to motivate players.

The most effective game systems use distinguishable elements. Some of them are the narrative and connection to other players/learners to really capture the student’s interest.

Ideas for applying gamification in education

There are three main ways of applying gamification in a learning environment:

Instead of using only letter grades, for example, you can create a grading system based on experience points (EP). These EPs could then be translated into grades based on the number of EPs the student earned.

Changing the language in the classroom

Regarding the change of the usual language used in the classroom, you can also try to make it part of the game. Thus, you can change the names of the activities you do. For example, you can turn “Complete a task” into “Finish a search.”

Another good idea is to organize the students creatively when it comes to using the classroom structure to play. For example, you can group them into “guilds” or “leagues” so they can work together by completing missions and collecting points.

Finding a good structural narrative in the classroom works very well and is very motivating. Considering a global geographic unit, you can divide the students into teams of “explorers” and assign a country to each one for them to “explore.” Each team will have to report everything they discover about this country.

Real examples of gamification in education

Nowadays, you can find many examples of gamification in education, both online and offline. A good example is the Quest to Learn (Q2L) school, a public school located in New York.

This school opened in 2009 and offered its first class of sixth graders a gamified study plan in which learning occurs through games.

To study science, they play a game called The Way Things Work. This is a game that makes students help a small scientist navigate the entire human body.

In Spain, there’s Celebriti, which is a Spanish gaming platform. Among its benefits, students can create their own educational games. In addition, they can play existing ones (created by users or teachers) to boost their knowledge. There are many games on various subjects and for all ages.

The benefits of gamification in education

There are many studies and developments on it. Likewise, many educators, pedagogues, and teachers have addressed the issue of the benefits of gamification in education. We can summarize its benefits in one phrase:

Perhaps the phrase “making learning fun” may seem too broad. But this is the truth, since research has shown that games in schools can help students in specific issues such as:

In short, the idea of gamification isn’t simply to create games in the classroom. Instead, it consists of using game reward systems.

How Children Can Learn Math While Playing Games
For some kids, math is a very difficult subject to understand. In order to make it easier to learn math, children can actually learn math while playing. Read more »
Link copied!
Interesting Articles
Raising a child
How to Explain the Water Cycle to Children