The Marshmallow Test: Self-control is the Key to Success

Achieving long-term goals is difficult for us and resisting temptations is no easy task. However, to what extent does self-control determine our success in life? 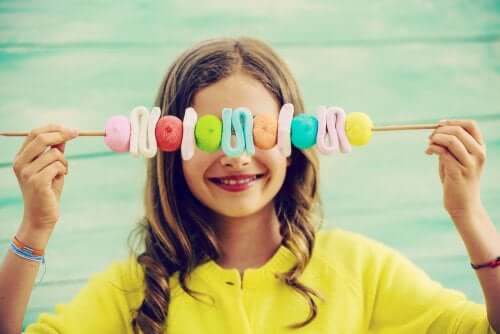 It’s very common to set up a series of goals as a new year’s resolution. Nonetheless, we usually give up before the end of January. What role does self-control play in our lives? According to the results of The Marshmallow Test, success depends directly on our self-control.

Willpower or resisting temptation is a challenge that arouses interest in our society; for example, the highly referenced temptation of Adam and Eve in the Garden of Eden. The fact that self-control is key when it comes to reaching goals isn’t something new.

Walter Mischel, a graduate in psychology and creator of The Marshmallow Test, said that self-control helps us make difficult decisions, continue to strive, and increase opportunities.

The Marshmallow Test by Walter Mischel

Walter Mischel developed a longitudinal study that showed that the capacity for self-control in childhood plays a very important role throughout life. His goal was to find out how and when do we develop our self-control. For this, he put into practice a series of experiments in the 1960s.

The experiment consisted of 32 children from ages four to five, who were waiting alone in a room in front of a plate containing a marshmallow. There was one condition: if they waited 15 minutes without eating it, they could get a second marshmallow.

The test results demonstrated that two-thirds of the children ate the marshmallow before the 15 minutes elapsed. In fact, only one in three children was able to wait (not without distress) for the adult to return with the reward: the second marshmallow.

The surprising thing about this longitudinal study were the results of the follow-up session with the children in the test. The children who did wait in the test and who were now close to their thirties had more success in their personal and professional life; in contrast to those who ate the marshmallow without waiting:

Are we born with self-control? Can we acquire it?

Walter Mischel’s answer to both questions is yes. From an early age, some children have more self-control than others. However, that doesn’t mean we can’t develop or assimilate it.

We can gain the ability to resist temptation and defer immediate satisfaction to achieve a goal. It’s a cognitive capacity capable of modification which, according to Mischel, we can develop through strategies.

“Maturity is controlling desires and delaying gratifications. If we don’t get carried away by our first impulses, we’ll be taking control of our lives and enjoy true freedom.”

How to improve self-control

When we enter a bakery, our desire and temptations increase as we get closer to the food. However, when we think about the calories and the doctor’s warnings, the desire decreases. Moreover, according to Mischel, the desire doesn’t reside in the stimulus, but in our mind.

Walter Mischel discovered that there are two aspects regarding our self-control capacity, which he called “hot” and “cold.” This means that when we think of the calories in a cake, we’re cooling our desire, according to Mischel.

What matters is the way we mentally evaluate the stimulus. That is, if the idea we have about it changes, its effect on what we feel (desire) changes as well.

Our mood also influences the achievement of our goals. In The Marshmallow Test, the children who thought of fun things while waiting for their reward, endured successfully.

Therefore, if we feel sad or emotionally unstable, we’re more likely to fall into temptations since our capacity for self-control decreases. In fact, people who are prone to depression tend to prefer immediate rewards, even though they’re less valuable.

The Marshmallow Test and self-control: the key to success

There has been much talk about the “principle of success” and about the keys we need to succeed in life. For the motivational speaker Joachim de Posada, self-control is the key to success.

The Marshmallow Test results shed light on this and show us evidence. People who are able to postpone satisfaction in order to obtain a more valuable reward in the end are more successful in all aspects.

There’s no doubt that it’s important to develop strategies from childhood to promote self-control. Setting specific goals and realistic objectives, knowing how to handle temptations, and maintaining a daily motivation towards self-control from an early age is the basis for success.

What Are the Factors that Determine Success at School?
The definition of "success at school" has changed considerably over the years. But what are the factors that determine it, and how can we help our children? Read more »
Link copied!
Interesting Articles
Raising a child
How to Explain the Water Cycle to Children