Personality development in childhood is progressive. In this article, we'll talk about the different stages children go through in order to form an identity. 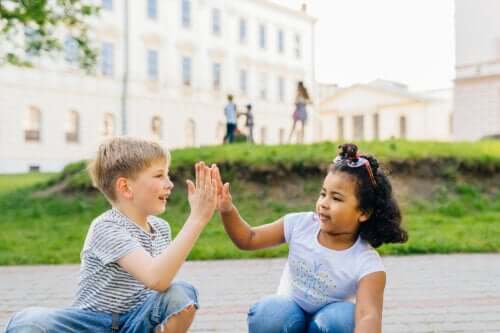 Personality is a psychological construct that refers to a combination of emotional, cognitive and behavioral characteristics. These steady and long-lasting characteristics define people and differentiate them from others. However, you should know that babies aren’t born with a defined personality. In fact, personality development is progressive and happens through time.

Experiences and affective relationships formed during the first years of life are key elements in personality development. Do you want to know how personality evolves during early childhood? Find out all the stages children go through during this process.

According to Henri Wallon, French Psychologist, there are different stages in personality development during early childhood. Next, we’ll talk about all of them.

From the moment babies are born, they start developing their personality. And, eventually, by the time they’re three years old, they acquire the following abilities that relate to the construction of their own identity:

Between 3 and 6 years old, children go through a personalism stage. This stage is divided into three different periods:

As we’ve seen before, there are different stages children go through in order to develop their own personality. Furthermore, there are many factors that affect and condition this process.

“We are all born with a unique genetic blueprint, which lays out the basic characteristics of our personality as well as our physical health and appearance… And yet, we all know that life experiences do change us.”

In conclusion: first years of life are fundamental for personality development.