Children's books are a tool for learning values and are a great option for learning in an enjoyable, fun way. 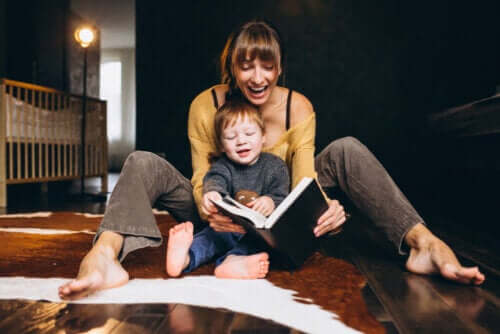 Everyone has different values and each of us has different positive features. However, there are some values that are important for children to learn from a young age. Without a doubt, one of them is equality. Let’s take a closer look at equality in children’s literature.

Until relatively few years ago, there wasn’t equality between women and men in general, let alone in the workplace. However, thanks to time passing and new ideas, the sexes are becoming more and more equal.

One of the easiest and best ways for children to learn about this important value is through the use of books.

Today, we’re going to talk about the Equality Collection. It’s very important to educate our children about these ideas.

Equality in children’s literature: What do these books offer?

The Spanish publishing house Palabras Aladas is one of the most prominent publishers in the field of children’s literature and the creator of the Equality Collection.

These books are primarily for children between eight to twelve years old and each book has the same title: Equals. However, the subtitle of each book changes.

Created by Cristina Núñez Periera and Rafael Valcárcel, this collection only has three books so far. We’ll tell you a bit more below.

The objective of these books is for children to understand the importance of equality between women and men, even in terms when it wasn’t commonly acceptable.

To do this, the authors decided to look for biographies of characters that had connections, despite differences in terms of sex, where they lived, or the ethnic group to which they belonged.

In addition to educating children about equality, these three books also allow children to read biographies and learn interesting facts about characters who stood out for their values.

There is significant information about these characters in these books, as well as incredible illustrations. Children can see real pictures of the characters, not just pictures.

These books offer two different characters, a woman and a man, so children have the ability to open the book from both sides to start enjoying one story or another.

The first of the series is about Loie Fuller and Wilson Bentley. Loie was a dancer, actress, producer, and writer. Wilson was the first photographer to capture snowflakes in photographs. Both are people with great sensitivity to beauty. She was into the world of dance and he was part of the world of photography.

The structure of the book reveals, through illustrations, photographs, and dances, what both characters created in their lives. There are illustrations in the upper part and text in the lower part of the page.

While the first book was about issues of equality in terms of sensitivity, this one is focused on imagination. In this book, you meet Alice Guy, a film director, and Al-Jazarí, an inventor and engineer. The reason for putting them together in this book is clear: Their imaginations helped make them successful.

The structure of the book is the same as the previous title. In addition, the central pages of each book include activities and materials to demonstrate equality from a fun, didactic point of view. These activities also help enhance the imagination, sensitivity, or courage in each case.

Courage is another value that should stand out in people’s lives. In this last book, the author’s unite Suzanne Rosambert and Joseph Banks. Suzanne’s courage led her to be a nurse during the war while Joseph was a naturalist. In fact, both of their lives were influenced by courage.

As you can see, these three books from the Equality Collection make teaching important values such as equality to the youngest members of the household into something enjoyable and fun. So what books can you find that can help teach your child about equality?

Spelling and Literacy
Discover 12 Benefits of the Use of Dictation

Spelling and Literacy
Learning to Learn: A Basic Skill in Education

Currently, the main objective of the educational system is to make students acquire the necessary skills for personal and integral…

Spelling and Literacy
What Should the 21st Century Schools Century Look Like?

The classic image: A teacher using the blackboard to give a lecture-type class in front of a group of children…