Repeating Grades: Does It Help Students?

When faced with the prospect of their children repeating grades, many parents wonder whether it's an effective method or not. It can seem like a dramatic step in the life of a child or adolescent. 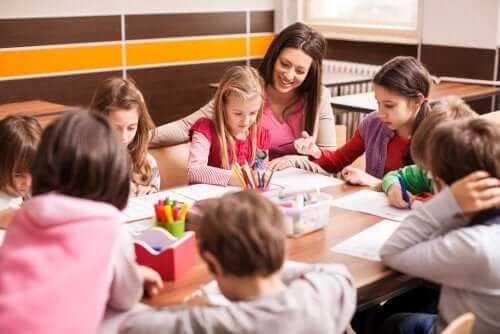 Repeating grades is a relatively common occurrence, and there are many theories about it. The results of the study, “To Repeat or Not to Repeat” by Dr. Helen McGrath-Deakin of the University of Melbourne, are very edifying.

Published in the Western Australian Primary Principals’ Association (WAPPA) magazine, it includes the results of a number of investigations performed by professionals.

By focusing on this study, we can draw clear conclusions on the subject of whether repeating grades is necessary and useful or not for students. We’ll also consider information from recent PISA education reports.

In recent decades, there has been plenty of research on the subject of students repeating grades. Specifically, most of these studies clearly indicate that there are no academic or social advantages for the majority of students held back a grade.

It seems likely that there is no other educational issue in which the conclusions of the research are so unequivocal. However, it’s a matter where there is a significant discrepancy between what the studies say and what schools actually do.

The gap between the evidence and the common practice is clear. Making kids repeat grades is widely accepted in many schools around the world. Many of the professionals behind the PISA educational report have confirmed the following opinion:

“Repeating a grade in order to improve student performance is usually not a very effective measure.”

For years, it has been recommended that countries increase individualized teaching within the classroom. This would prevent students from leaving the system because they feel like they’re not meeting expectations.

Concrete data on repeating grades and its consequences

“The longitudinal studies have clearly identified that, although many repeating students make some academic progress during the year they repeat, these improvements generally disappear within two to three years.”

In addition, repeating a grade is usually seen as a demonstration of failure. As a result, it can negatively influence teachers’ perceptions and expectations of the student.

Repeating grades, even when handled with sensitivity and confidentiality, makes students think they’ve “failed.” As a result, they’re separated from their peers of the same age. Studies from the University of Cambridge conclude that, for most students, this creates feelings of shame, stigma and a loss of self-esteem.

Repeating a year is a major source of stress for most students. A study conducted by professors Shane R. Jimerson, Gabrielle E. Anderson and Angela D. Whipple at the University of California offered some clarifying conclusions:

Being older, and therefore taller and more physically mature than their classmates, is also a source of stress in many repeating students.

In many cases, this affects their social behavior. The repeaters also have to develop new social relationships, almost as though they were changing schools.

Repeating students have a 20 to 50 percent higher chance of dropping out of high school. This is true when compared to students with similar levels of performance or behavior who didn’t repeat a grade. Several studies support this claim, including one produced by Temple and Reynolds at the University of Minnesota.

“Most studies in this field suggest that the higher risk of dropping out among students who have repeated cannot be explained by their poor performance. It’s directly attributable to the experience of repeating a year.”

The experience of repeating a grade can lead to an increase in aggressiveness and bad behavior. This is more pronounced in students who had already shown early signs of antisocial behavior.

In other words, the frustration, disappointment and anger resulting from this visible academic failure contributes to students becoming antisocial.

Having students repeat grades is a strategy that fails to address the needs of the majority of students achieving poor academic results. Nor does it properly account for students with social or behavioral difficulties. However, simply passing the student along with his or her peers without a structured plan isn’t the answer.

Ideally, schools should use strategies and intervention approaches. Above all, the interventions should be focused on meeting the needs of each student.

In conclusion, the results of studies conducted in recent decades don’t support repeating grades as an adequate form of intervention. While there may be the occasional student for whom repeating proves effective, providing more of what didn’t work the first time to a student is usually an exercise in futility.