Shared Custody After a Divorce

Although there aren't any standardized rules for all divorce cases, shared custody is a solution that generates very different opinions. The happiness of the children and their proper development must be the main focus. 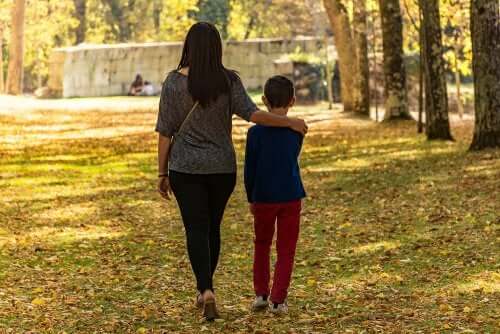 In recent years, the option of shared custody has been included to try to prevent either parent from losing their relationship with their children. After a divorce, one of the biggest concerns, both for parents and for those who make the laws, is the children’s well-being.

There are no magic formulas that minimize the impact of separation on the little ones. The decisions will depend on the particular situation of each family and the age of the children.

However, this model of shared custody isn’t always the most appropriate and isn’t exempt from controversy. Up next, we’ll review some elements to better understand shared custody after a divorce.

Shared custody after a divorce on paper

In theory, shared custody is a measure that seeks to alleviate the plight of children after a divorce. With shared custody, the time children spend with their mother and father is divided equally. This division can be by weeks or fortnights. The maintenance costs are also split equally.

This solution may seem the fairest from many points of view. Minors can continue to have a family frame of reference despite their parents’ emotional breakdown. This also allows them to have normal emotional development and harmonic growth.

From the point of view of the parents, sharing custody also seems like an ideal solution. On the one hand, it divides the responsibility or parenting, time, effort, and even the costs of raising children.

On the other hand, both the father and mother can share the daily life of their children and accompany them in their development. This will allow them to maintain a very strong emotional bond with them. Nonetheless, in real life and all its complexities, sharing custody may not be as good as it seems.

The difficulties in real life

Shared custody after a divorce can bring about many practical complications. The first thing to consider is the child’s age. Generally, it’s advisable for children under six to be with their main attachment figure as long as possible. This figure may be the father or mother, but a small child shouldn’t be switching from one parent to the other.

In these cases, for example, Spanish law usually gives custody to one of the parents, usually the mother. Whoever has custody should be very generous to facilitate the child’s relationship with the other parent. This will be the best thing for the child’s emotional well-being.

In cases where the children are over six years of age, the idea of the child living a week here and another week there, a week in one house and another in the other, can create many practical difficulties and generate great instability.

To try to alleviate this problem, some parents choose to share the house. It’s the adults who take turns in the same home so that the children don’t change places.

Nevertheless, this option isn’t always advisable, at least not in a definite way. Sharing the house usually generates more conflicts between the couple over issues of food, expenses, cleaning, etc. Moreover, this ends up having negative consequences for the child.

A favorable shared custody after a divorce

In practice, most couples don’t want joint custody after divorce. Generally, men consider that this isn’t compatible with their work schedules, their time, or their skills.

However, in case the other parent requests it, it’s essential that the father and mother have the necessary emotional maturity and generosity. They must also have financial solvency, as well as the emotional resources and skills required to care for and educate a child.

Finally, the best possible situation for children after their parents’ divorce is, without a doubt, that they maintain a relationship of respect and good communication.

Whatever the custody situation may be, a good relationship between the parents helps to compensate certain aspects of the difficult situation that the children must face.

Talking About Divorce with Children
Talking about divorce with children is difficult and how they react manifests differently depending on their age, maturity, and personality. Read more »
Link copied!
Interesting Articles
Separation and Divorce
Family Relationships After a Separation

It's very likely that at some point in your life you'll need legal advice on family matters. So, choosing the…