Comic Books: A Great Type of Reading Material for Children

There's a variety of reading materials out there for young audiences, which means they have a lot of options to choose from. In this article, we’ll talk about comic books. 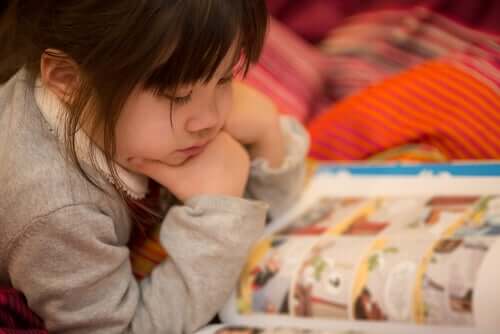 Toon Books, Tiny Titans, Scooby-Doo… You probably recognize these beloved characters. And, surely, you also know what they all have in common: they’re characters created for comic books.

We decided to talk about comic books today because they’re completely different reading materials that attract children’s attention due to their structure, history, and the characteristics of their characters.

The characteristics of comic books

For many years, comic books have become part of children’s literature. These books have very distinct characteristics. These are stories that develop their plot through a succession of images, which are complemented with the text.

Unlike other types of children’s literature, comic books always have the same structure:

In comic book panels, the reader is always in the present, while the previous ones belong to the past, and the next ones to the future.

The importance of speech balloons

Besides their structure, one of the elements that characterize comic books is speech balloons. Without them, you wouldn’t know which character is speaking. Therefore, the thread of the story would break. These speech balloons are composed of two parts:

In this regard, the importance of speech balloons also lies in their shape, as they change as the plot progresses. The shape varies depending on the mood or feeling the character wants to express:

The use of onomatopoeia

Onomatopoeia is the use of words that imitate or recreate particular sounds. This resource is ideal for stories where everything is condensed in small spaces, as each of the speech balloons have very limited space.

In addition, onomatopoeia emphasizes storytelling, making it more credible for children. In addition, they can even recreate the sounds themselves.

The purpose of comic books

While it’s true that, at first, this type of reading material was created in order to distract the reader and also provide a new way of reading for fun, now their purpose has expanded.

Due to the social needs of the era when comics were created (they emerged approximately in 1820), comic books began to have a didactic purpose.

Today, although their goal is still to amuse and entertain children, every story shares a lesson or moral.

The best comic books for children

Due to the autonomy these stories offer children, as well as simplicity and fun, comic books have consecrated in children’s literature.

Although characters such as Mafalda or Spider-Man remain a benchmark of these books, new characters and new stories now entertain and teach children. Below, we’ll share some of the best.

A group of friends and a frog are the stars of these comic books. We’re sure they’ll delight children! It’s a very wise choice for children who are beginning to read.

This is undoubtedly one of the best options, especially for children who don’t know how to read and those who do know but like to develop their imagination. These stories have no texts.

You can find many different ones out there!

A girl’s adventure and curiosity are the elements that make this comic book collection one of the most successful. This graphic novel series is recommended for both children and adults due to how immersive its stories are.