The best way to explain the characteristics of autism to children is through stories that exemplify this disorder. Lorenzo's Saucepan is a story that serves that purpose. 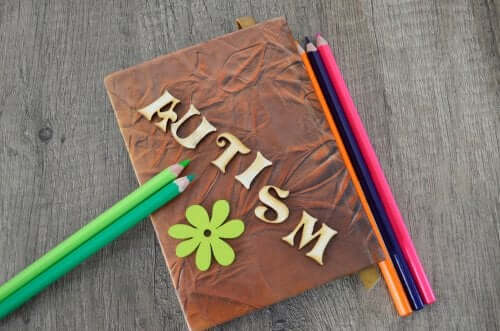 Lorenzo’s Saucepan should be mandatory reading in all homes and schools. This simple story, aimed at children from 5 years of age, illustrates functional diversity in a fantastic way. In fact, it’s an ideal way to help very young children to understand autism.

The author of this short story is Isabelle Carrier. She makes us reflect on the importance of understanding differences in children, and helps children with special needs to overcome the limitations and barriers that society places on them.

For all these reasons, the FEAPS association (Spanish Confederation of Organizations for People with Intellectual Disabilities) recommends this wonderful book for all children.

“Autistic people see the world in a different light, in ways that many could never imagine.”

Why do children need to understand autism?

According to the DSM-5 (Diagnostic and Statistical Manual of Mental Disorders), autism is a neurodevelopmental disorder, which is characterized by:

Today, it isn’t unusual for children to meet someone with these characteristics at some point in their lives, that is, someone with an autism spectrum disorder. Therefore, it’s essential to make sure that children understand autism from a very young age, so that new generations are aware and sensitive towards this issue.

It’s important that children know how to interact with, and relate to, all types of children, including those with autism. In order to understand, they must realize that children with autism have another way of perceiving and understanding the world.

They need to know the particular needs they have, the way they see the world, their way of thinking and acting, the way they reason etc.

How to explain the characteristics of autism?

Getting a child to understand all these things isn’t an easy task at all. Fortunately, nowadays, there’s a wide range of didactic and pedagogical resources which are ideal for mothers, fathers and teachers to explain the autism spectrum disorder to their children or students.

One of these resources is the story we mentioned earlier, entitled Lorenzo’s Saucepan. It shows, in a simple way, the problem of being tied to a saucepan (which represents the disability or autism) and how a child feels when they’re different to others. This beautiful story is also available on video.

“Labeling someone as ‘being in a world of their own’ is one of the worst mistakes. Difficulties with communication and social interaction don’t mean that you’re from another planet. Lack of eye contact doesn’t mean you can’t see. Wandering doesn’t mean you’re lost.”

Lorenzo’s Saucepan is a story about Lorenzo, a boy who’s permanently tied to a red saucepan which he can’t remove. This pan is a metaphorical symbol used by the author, Isabelle Carrier, to represent special needs and disabilities, such as autism.

So, Lorenzo, because of his attachment to the saucepan, has to put up with how others perceive him as strange and feel uncomfortable with him. In addition to this, he has to deal with a whole series of problems and difficulties that arise in his daily life. He so wants to free himself of the red saucepan, but it’s impossible.

Fortunately, Lorenzo meets an extraordinary person, a woman who makes him see that his situation isn’t as negative as he thinks. This person helps him find his strengths and shows him the unconditional trust she has in him. In this way, Lorenzo is able to grow up happily, developing all his qualities, gifts, and potential.

The Importance of Autism Awareness
Many people have trouble understanding children with autism. In this article, we explain the importance of autism awareness. Read on! Read more »
Link copied!
Interesting Articles
Children's stories
Children's Books to Give for Christmas

Children's stories
I Wasn't Invited to the Birthday: A Book Full of Magic

Some stories are so simple and understandable for children, while containing essential messages for personal development. When these types of…

Alzheimer's is one of the most commonly diagnosed diseases today. So it's very important for children to know what happens…

Children's stories
Discover the Best Children's Libraries in the World

Today, we want to leave you with a selection of the best children's libraries in the world. Don't hesitate to…