11 Family Movies Your Children Will Love

In this article, we'll tell you about 11 great family movies, so you can enjoy a nice movie night with your loved ones. 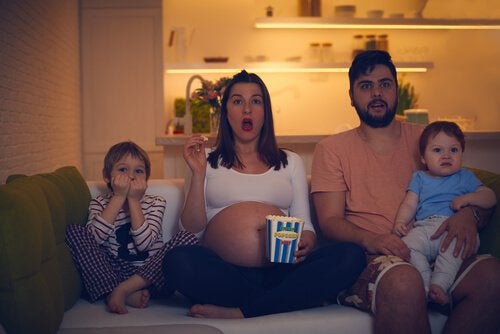 There are thousands of family movies, suitable for all preferences and ages. There is also a wide variety of genres to choose from, including comedy, romance and even thriller.

Watching a good movie together as a family is a great bonding experience. It’s important to enjoy your free time. Particularly while on vacation or during weekends, you should make the most of your spare time and find a film that everyone at home can enjoy.

Classics are always an option, precisely because they stand the test of time. As children grow up, they tend to prefer action and adrenaline instead of the typical family movies.

While kids tend to enjoy action and comedy, parents usually like being reminded of their own childhood memories and sharing quality time during family movie night.

Here’s a list of 11 family movies your children will love. They are best paired with a bowl of popcorn. Enjoy them!

This classic Disney movie was first released in 1994. This adventure movie is 1 hour and 29 minutes long. Nowadays you can find it compatible with 3D technology. It was also re-released in 2001 with improved quality.

This Disney-Pixar movie hit cinemas on October 23rd, 2009. It’s already a classic. Its genres are animation, family and comedy. The movie is 1 hour and 17 minutes long. It tells the story of Andy, a boy whose toys come to life whenever he walks out of his room. They form their own society under the leadership of Andy’s favorite toy, Woody the cowboy.

This is another Disney-Pixar hit, released on June 17th 2015. It’s 1 hour and 35 minutes long, and its genres are animation, comedy and fantasy. At only 11, Riley Anderson must leave her life in the West and move to San Francisco, which will prove to be a real test.

Yet another Disney-Pixar classic, released on July 30th, 2009, this animation and adventure movie is 1 hour and 35 minutes long.

The story starts with Carl Fredricksen’s house about to be demolished to make room for another building. With the help of thousands of balloons, he takes off and travels to South America, a life-long dream he shared with his dearly departed wife, Ellie.

Released on August 6th, 2008, this animated family movie from Disney-Pixar combines science-fiction, adventure and romance. It’s 1 hour and 37 minutes long. In this story, humans had to leave Earth 700 years ago because there was too much garbage. Wall-E is one of the robots doing clean-up.

This 1982 blockbuster is 115 minutes long. Not an animated movie, it explores science-fiction, drama and friendship.

This is the story of a small alien who is forgotten on Earth. His shipmates left him there when they traveled back. Alone and forsaken, he is afraid. But he meets a boy who will become his friend and hide him at home.

One hour and 41 minutes of adventure and comedy, this Disney-Pixar animated movie was released in 2003. Nemo the fish is an only child, so his father is worried sick when a scuba-diver captures Nemo and he winds up in a fish tank at a dentist’s office in Sidney.

“When life gets you down, do you wanna know what you’ve gotta do? Just keep swimming”

This Christmas blockbuster from 1990 – 1 hour and 40 minutes long – could be described as a family comedy. The story is about a family that leaves to go on vacation in France, and they forget about one of their members, a young boy. He proves too clever for Harry and Marv, two thugs who tried to burglar his house.

Released in 1995, this adventure and fantasy movie is 1 hour and 44 minutes long. In this movie Alan Parris is trapped for 25 years in an ancient board game called Jumanji. Some kids free him when they finally complete the game.

10. Pirates of the Caribbean

This movie was released in 2003 and combines fantasy, comedy, adventure and action. It’s 2 hours and 23 minutes long.

The main character is the pirate Jack Sparrow, who sails through the Caribbean until Captain Barbossa steals his ship, the Black Pearl. He then raids Port Royal and kidnaps Elizabeth Swann, the governor’s daughter.

11. Harry Potter and the philosopher’s stone

Based on the book by J.K. Rowling, it was released in 2001. Harry Potter learns on his 11th birthday that he is actually the son of two famous wizards, forever changing his life.