The large variety of Netflix series available, even for kids, might make it hard to decide what to watch. In this article, we'll provide a list of the best shows for children. 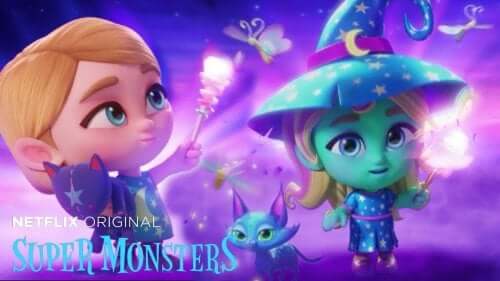 Netflix is currently the largest on demand streaming platform for movies and TV shows. Within its broad catalog, there are lots of interesting options for everyone in the family, even for the little ones. In fact, there are lots of Netflix series for children.

Television series are a great way to have fun family time. In addition, if you have Netflix at home, you have even more advantages and options.

Advantages of Netflix series for children

Netflix offers lots of advantages that modern TV channels don’t have. Here are some of the best advantages:

Surely you’ve heard, or even said yourself, the phrase, “I wonder what’s on TV this afternoon.” With regular TV, you usually have to watch whatever is currently on.

With Netflix, that doesn’t happen. You have a multitude of different options that you can choose from. In fact, you can sort them by age or genre.

Don’t need to stick to schedules

Another advantage of this platform is that you can choose when you want to watch them. This way, you won’t need to keep your kids up late to finish watching a series. In addition, you won’t have to deal with them not wanting to take a nap because that’s when their favorite show is on.

With the possibility of downloading episodes of Netflix series, you won’t miss a single episode. In addition, you can see them anywhere and on any type of device without needing internet connection.

Now that you know some of the advantages of this platform, and because of the many options it has, we’ll show you some of the best Netflix series for children to watch.

In addition, we also recommend that you check out the recommendations that the platform offers. Once you’ve watched a few shows, it will offer you other series that are similar that you might like.

Right now, Super Monsters is one of the best Netflix series for children. It’s a fun story that shows the day-to-day life of the most powerful monsters in the whole world, who go to monster school.

This show is recommended for kids between three and five years old. It teaches kids how to manage their emotions and solve problems. In fact, in every episode, one of the monsters has a problem that he needs to solve, and see the consequences of his actions.

If your child likes this TV series, don’t hesitate to show him the two films that Netflix made because of how popular the show is.

Trollhunters is an animated series for children over seven years old. In addition, it’s made by Dreamworks. If your child likes adventure shows, this will be one of his favorites when he finds out the plot of the story. It’s about a teenager who discovers a civilization of trolls.

It’s a funny story because of its dialogue. Additionally, it has some amazing animated images that will delight both children and adults. You’ll definitely have a great time watching it as a family.

This is one of the best educational Netflix series, in which five little bots respond to the most common questions kids ask. It’s an animated series that mixes songs, colors and a striking design that kids as young as three years old will love.

Lots of the parents reading this article right now who are looking for a Netflix series grew up on Sesame Street. The Furchester Hotel will help you remember your childhood.

In addition, you can show your kids the type of series you had growing up with Elmo as the main character. In this new show, Elmo decides to help relatives who live far away with the hotel they run.

Values like teamwork, not giving up and knowing how to solve and deal with problems stand out in this Netflix series for children.

5. Planet Earth: one of the best Netflix series for children

Without a doubt, there are lots of Netflix shows that are just as fun for kids as they are educational. However, we couldn’t finish without naming a Netflix series for kids that are totally different from the other ones.

This BBC show was awarded 4 Emmy Awards. It shows the wonderful nature and wild animals in the world we live in. In addition, it’s all in high definition. If your child loves animals and the world of nature, this series will become his favorite.

The Best Television Series for Children
Making sure you're kids watch positive, age-appropriate content can be a challenge. Here are a few of the best television series for children. Read more »
Link copied!
Interesting Articles
Games and cartoons
4 Reflex and Coordination Games for Children

Children's stories
The Representation of Maternity in Children's Literature

Childhood psychology
Play as a Technique for Evaluation and Diagnosis

There are many issues that can cause a child to require psychological intervention. However, in these circumstances, many parents ask…