Many parents ask themselves the question, "Is it safe for children to use Facebook?" In fact, although Facebook has age restrictions, there are lots of kids who have accounts and use them. 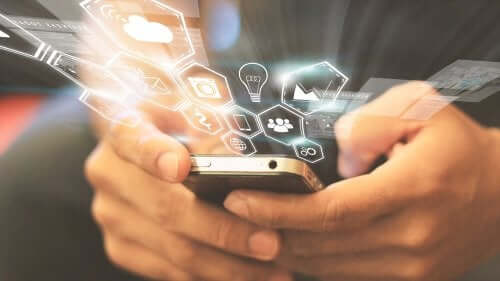 We’re all familiar with Facebook, whether you have an account or not, since it’s the largest social network in the world. Facebook has a minimum age to create a profile, with the aim to prevent kids from under 13 from using the site. Thinking about this minimum age, parents ask themselves: Is it safe for children to use Facebook?

In reality, lots of people ignore the age restriction on Facebook. Anyone at any age can create an account. All you have to do is enter a fake date of birth when making one.

The result is that millions of children under age 13 use it every day. By the way, remember that Facebook has an option where you can report underage children that are on this social network. You can do that with this form.

Above all, the main reason for the age limit is due to international regulations. These regulations may vary from one country to another, and they prevent access to children’s internet services to guarantee their privacy.

If it were up to its creator, Mark Zuckerberg, even younger children would use Facebook. Remember that Zuckerberg said he believed the age limit needs to go down so that younger children can use it for educational purposes. Then, parents ask themselves that same question again.

This has caused a lot of controversy. There are many people who think social networks like Facebook are very useful for children under 13. In fact, it could even have educational uses. However, others think it’s too dangerous for children to have access to.

The most important thing to understand is that Facebook can have real risks. Based on them, you can decide if you want your children to use them. However, it’s best to not break the age limit that Facebook has set on their site.

It’s very important to know what friends they have, since there are lots of stalkers who pose as children. Therefore, it can be impossible to know if your children are only talking to other kids that they know.

On the other hand, we know that Facebook tends to make people create an ideal picture of themselves. Additionally, they try to maintain it too. Then, this causes a lot of social competition, and can make kids feel bad, incompetent, and not socially accepted.

In addition, just like any online site, it might be hard or impossible to delete certain things. It might be hard to take down things your children don’t want online. They create digital fingerprints. In fact, it can become a real problem months or years later.

Of course, there’s another side to think about. If you see that your children (over 13 years old) decided to create a Facebook account, make rules. Form basic rules, and explain the dangers they might face.

Obviously, there will be risks. However, in life, there are always risks. It’s better to learn to face them than to try and avoid them forever. Remember, whether you like it or not, you’ll need to decide whether or not your children should use Facebook.

How You Can Keep Children Safe Online
The internet is a great resource for children. However, it's important for you to remember how to keep children safe online. Read more »
Link copied!
Interesting Articles
Games and cartoons
Among us: The Secret Behind the Success?

It's very difficult not to get excited about this magical time of year. However, many children aren't able to get…