One of the most difficult things about being a parent is choosing a baby name. Here's a list of beautiful Basque names for boys that may inspire you! 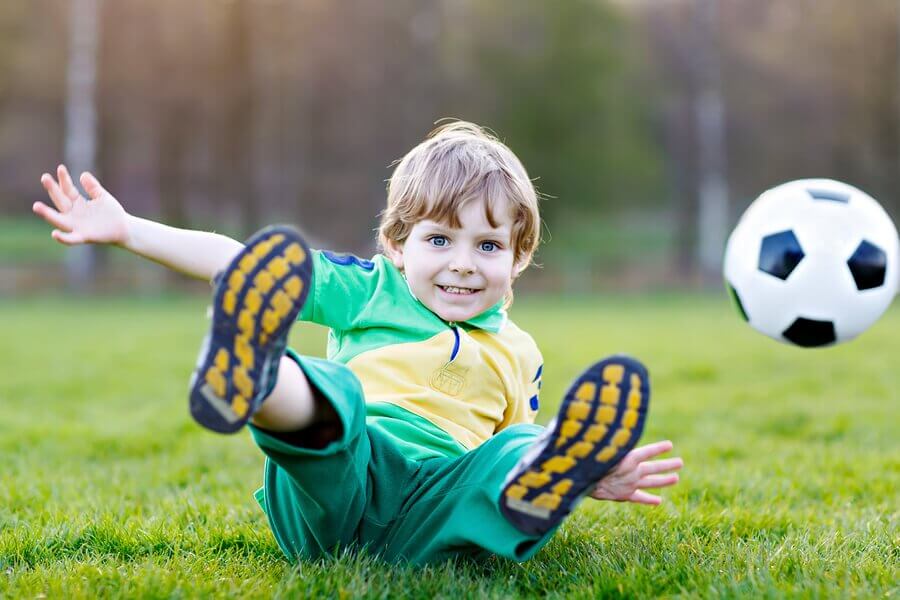 From the moment women learn they’re about to have a baby boy, in addition to feeling nervous about the new experience, they immediately think about what to name him. If this is you, you might want to consider Basque names for boys, which are now very popular.

To make the perfect choice, it’s best to have a wide range of options and know the meaning behind different names. Then, you just need to spend some time thinking about them until reaching your final decision.

Why choose Basque names for boys?

Basque names are very striking. Not only are they extremely original, but they also have great significance. The Basque language comes from the Basque Country. It’s a dialect of unknown origin, and researchers consider it to be pre-Indo-European. That means it’s even older than Europe.

Therefore, these beautiful names have powerful meanings, full of magic, and very attractive for parents who want to name their children original names.

There are lots of Basque names for boys that have strong meanings and personalities, and they’ll definitely meet your expectations. Here are some options, along with their literal meanings:

The first of the Basque names for boys: Abaigar

This name comes from Navarre. In Euskal Herria, it’s very common to use the names of towns as nicknames or, in this case, names. It most likely means “dry tree” coming from the term abe igar.

This beautiful name means “luck.” According to Basques, people with this name have the power to do great things.

This comes from the word “aita” meaning “father.” Many people relate this name to the Basque expression “aita onen semea” which means “son of good parents.”

This one of the Basque names for boys combines the words “argi” which means “light, clarity” with the word “eder” which means “beautiful.”

This name means “beginning.” It’s a name for curious boys, those who always want to know about everything around them.

Balkoe is one of the Basque names that comes from the medieval Basque culture. In fact, it’s from 14th-century Pamplona, Spain.

This name means “tamer” in Basque. Therefore, it’s related to people who enjoy acting in public. In addition, people with this name are generally charming and charismatic.

This is the male version of the Basque name “Edurne.” Edur means “snow.” Additionally, many people believe that it comes from the book of saints, written by Sabino Arana and Koldo Elizalde.

This word means “the upper part of the sun” in Basque. In addition, it’s also the name for the month of June.

“The Basque language comes from the Basque Country. It’s a dialect of unknown origin, and researchers consider it to be pre-Indo-European. That means it’s even older than Europe.”

This name has two parts: “goi” which means “upper part” and “iru/iri” which means “close.” Therefore, the name Goiri or Goiru refers to the upper part of a place or village.

Gorka is the Basque version of the name George. In fact, it comes from the two Greek words “ge” which means “earth” and “ergon” which means “work.”

This Basque name has the meaning “messenger.” According to Latin, it means “angels,” or more specifically, “envoys of God.”

Similarly, Iker means “good news carrier” in Basque. The personality for this name is analytical, as well as observant.

This is another one of the Basque names that’s a variation of another name. It’s a form of the name “Ignacio” in Spanish or “Ignatius” in English. Additionally, it comes from the word “ignis” which means “fire.”

Koldo comes from Koldobika, which is one of the most common Basque names. This name is Germanic, and it comes from “hold-wing” which means “victorious warrior” or “glorious combat.”

The Spanish equivalent for this name is “Leandro.” It means “poor and pilgrim.” People who share this name are said to be sincere, genuine and direct. In addition, they’re very affectionate with those who earn their love.

Its meaning refers to the god Mars. It’s the Basque version of “Marcelo” which is originally Latin. In turn, it’s like the English name “Marcus,” related to Mars. In fact, Mars is one of the most important gods in Roman mythology.

This name comes from the Basque word “otso” which means “the hunter of wolves.” In fact, it was a common name in the Middle Ages in León and Castilla, Spain.  Nowadays, it’s a common last name. However, lots of people also use it as a first name.

This is the Basque version of the Spanish name “Carlos” and the English name “Charles.” If you give your son this name, he’ll definitely love his freedom and others’ freedom as well.

Txomin means “dedicated to God.” In fact, it’s the shortened version of the Spanish name Domingo. Additionally, this name is from the Basque General Archives of the Indies of Seville in Spain.

The last option of Basque names for boys: Zain

This is a very popular name that means “beautiful” in Basque. In addition, it represents men who are talented, active and friendly.

Conclusion for Basque names for boys

With all of these Basque names for boys, it’ll surely make it easier for you to make your final decision. Take your time and think about what you think your little one will be like. Starting from there, give him the name that you think closest matches that image in your mind.

People have names that come from all over the world and all eras. That’s why sometimes, it can be very hard to find the perfect one for your baby.

Don’t worry if you have a hard time making a decision. When the time comes, you’ll definitely pick the right one.

Buddhist Names for Girls: 12 Inspiring Examples
The majority of the Buddhist names for girls make reference to Sanskrit words which are tied to the principles and truths that govern this doctrine Read more »
Link copied!
Interesting Articles
Stages of labor and birth
Labor Pain Management: What You Should Know