Home » Pregnancy » Giving birth » Preparing for childbirth » Is the Second Pregnancy Easier than the First?

Is the Second Pregnancy Easier than the First?

Is the second pregnancy more or less complicated than the first? Do the same symptoms occur? If you're having these concerns, this article is for you. Continue reading to see what awaits you at each stage of this beautiful second pregnancy. 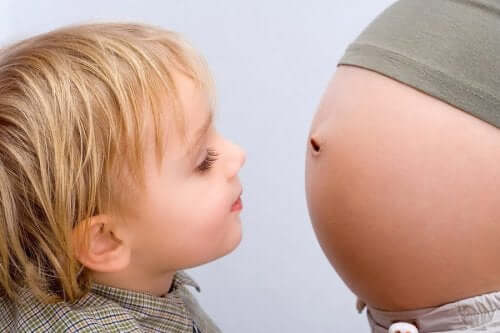 It’s normal to have many doubts while waiting for your second child. You’re probably wondering if the second pregnancy will be more comfortable than the first or if it’ll be the same.

Perhaps you avoid repeating certain circumstances from the previous pregnancy, especially if it was difficult and you had complications.

Keep reading to find out about common symptoms and experiences during second pregnancies.

4 reasons why the second pregnancy is easier

Gestation is different and unique in each woman. However, the second pregnancy has its own peculiarities, which, ultimately, may make it easier.

1. Delivery is easier and faster

In general, women who give birth a second time have a number of physiological advantages in their favor.

Childbirth is usually more manageable, less painful, and takes less time the second time around. In fact, contractions are more efficient, so they don’t merit inducing labor, or the use of oxytocin to accelerate them. In addition, the uterus is more elastic and dilates faster.

On the other hand, the pelvic bones are more flexible, which makes it easier for the baby to cross the birth canal. The vagina is also more flexible; therefore, it’s easier to expel the baby. In most cases, it’s not even necessary to perform the episiotomy or the cut into the vagina.

We should note that there’s less blood during the second pregnancy. Therefore, the risk of complications arising such as subsequent anemia is minimized.

2. Your belly is more noticeable during the second pregnancy

At this stage, you’ll notice that your belly grows faster than the first time. The reason is that the muscles in your abdomen have distended and can adapt to the growth of the fetus more quickly. In most cases, it can be noticed as early as 12 weeks.

The experience you acquired during the previous pregnancy allows for more tranquility and security. Consequently, you can take better care of specific details such as regularly attending the obstetrician, and recognizing symptoms and discomforts faster.

Another reason why the second pregnancy is easier is that the mother is more willing to follow the instructions of her midwife or gynecologist. Also, when giving birth, you’ll exercise more control over your respiratory rate, which helps you save energy and have strength when you need it.

If you suffered gestational diabetes or preeclampsia during your first birth, it might happen again the second time around. However, because of your previous experience, you’ll know which specialist to go to, and what treatment and diet to follow.

What happens during the second pregnancy?

Symptoms will vary considerably since it’s not the same baby, and the mother’s physical condition has changed. You’re older, more mature, and experienced. For this reason, your perception of the state of gravity will be different.

Consequently, many women feel more fatigued in their second pregnancy. This is mostly because they already have a child to care for, especially if they’re still small. This usually leaves you little time to relax and rest.

Usually, the fear of taking care of a newborn fades in the second pregnancy, which minimizes the risk of suffering the psychological consequences of giving birth or postpartum depression.

Precautions for the second pregnancy

You must take care of yourself in the same way as you did during the first pregnancy. Go to all of the prenatal consultations to better control your vital signs and to track the development of the fetus.

It’s essential to maintain a balanced and healthy diet with plenty of nutrients for you and the baby. Also, don’t forget to perform regular physical exercises recommended for pregnant women. 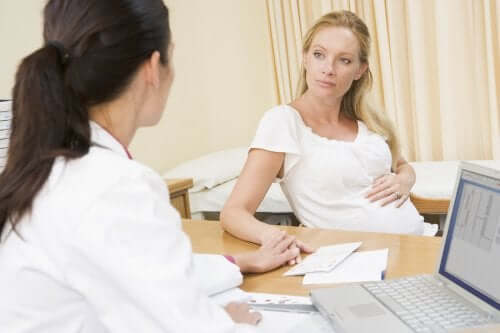 Prenatal Tests During The Third Trimester of Pregnancy
Congratulations! It's almost time to meet the love of your life. To make sure your baby is healthy, you need to receive third trimester prenatal tests. Read more »
Interesting Articles 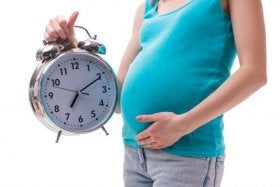 Preparing for childbirth
Why Is My Baby Overdue? Is This Normal?

It seems amazing that, as much as science has advanced, the exact date on which a baby will be born remains an unknown. Approximate calculations are made using the date of the last period, and different data obtained from the… 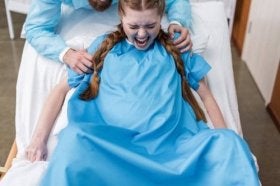 Preparing for childbirth
How Should You Cure an Episiotomy?

It’s normal for a pregnant woman to have certain concerns when she goes to see her consultant. She’ll often hear terms that can sound quite frightening, and episiotomy is one of them. We’ll explain how to cure an episiotomy in… 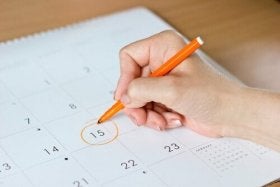 Preparing for childbirth
Why Should Your Babies Choose Their Date of Birth?

Are you nearing the end of your pregnancy and feeling anxious to meet the new love of your life? Even… 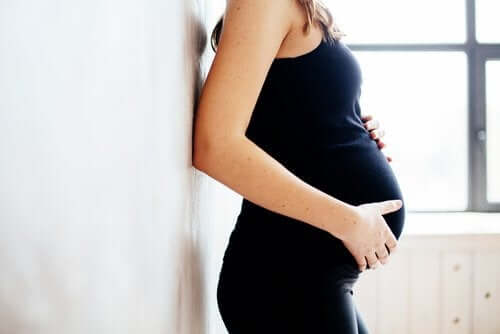 Preparing for childbirth
Can You Prevent Episiotomies and Tears During Delivery?

One of the issues that lots of women worry about during delivery are episiotomies and vaginal tears. Therefore, in this…