Being A Mother Is A Choice, Not An Obligation 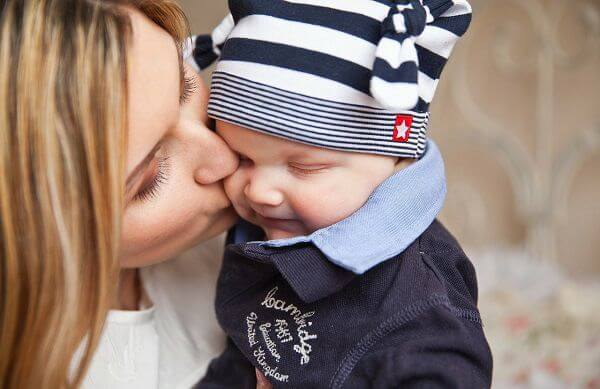 No woman should feel obligated to have children; being a mother is a choice, not an obligation.

We all know that some women are not prepared for motherhood – this could be due to natural or social impediments – while others simply decide that being a mother is not for them.

This issue is somewhat controversial because there are very radical positions on both sides. However, firstly, we must consider and respect the opinions and rights of everyone equally.

Women are physiologically designed to conceive but this does not always coincide with a woman’s life goals or mentality.

The fact that we are qualified to give birth does not imply that being a mother is an obligation, even though for many years we have been pressured by society.

It is very common for women to have opposing thoughts about motherhood.

Happy mothers oftentimes don’t understand how other women might not want to be mothers. On the other hand, women who don’t want to have children are sometimes not convinced that the former are actually happy.

Motherhood becomes a barrier that prevents women from expressing different points of view. Defending a woman’s right to choose to be a mother or not does not make us less loving towards our own children.

Each person should be free to decide what to do with their own life, and this should be universally accepted.

Sadly, women who have decided not to be mothers are not always fully respected for their decision. However, every day this league grows bigger and bigger.

Nowadays, many women believe that the lives they want to lead wouldn’t be possible if they had children. Personal and professional interests are often the reason for this way of thinking. No one should be judged for this.

An Argentine film came out in 2015 and it raised the issue of maternity from a critical point of view (although this was not the aim of the movie). The film starred Spanish actress Maribel Verdu, who at the age of 44 fully identified with the main character Vicky.

The film, titled Sin Hijos (No Kids), raises an issue that is still controversial in Latin America and therefore its release was met with a strong reaction.

The actress is one of the women who considers that being a mother is a choice rather than an obligation. She has defended her right to live her life as she best sees fit. Like many others, she is tired of being asked why she hasn’t had children.

The movie accurately portrays the fact that it is usually other women who wonder how someone can be over 40 and never have wanted to be a mother. These women then look at childless women with frustration or with “pity” for straying from society’s norms.

Vicky, the protagonist of No Kids, was radical in her position and made statements that of course many women think but do not dare to say out loud.

Some women think that simply by admitting that their children are impediments to their development in other ways makes them bad mothers or puts them at risk of judgment from others.

The movie’s message is that we should respect the opinions of others. Women without children do not have to despise mothers and vice versa. It is enough that society imposes decisions on people; we should all be free as long as we do not harm others.

Being a mother can sometimes be an obligation

Women deserve the opportunity to think about what they want to do with their lives. However, this option does not always exist.

If there was a focus on individual rights, many mothers of those times might have redefined their lives by making different decisions.

If we start to evaluate whether to become a mother or not, we will find many reasons to say no, or at least to prolong the decision. The conditions for motherhood are not always the best and sometimes planning is required.

We are obliged to evaluate our particular situation in the best way possible and take responsibility for our actions.

It is important that we take care of ourselves and think about the kind of life we want to give our children. If we make the decision correctly, we will choose to be mothers at the right time, not because of social pressure.