Is It Possible to Become Pregnant During Menopause?

The possibility of becoming pregnant during menopause does exist. During this stage, a woman's menstrual period comes to an end after 12 months of not appearing. 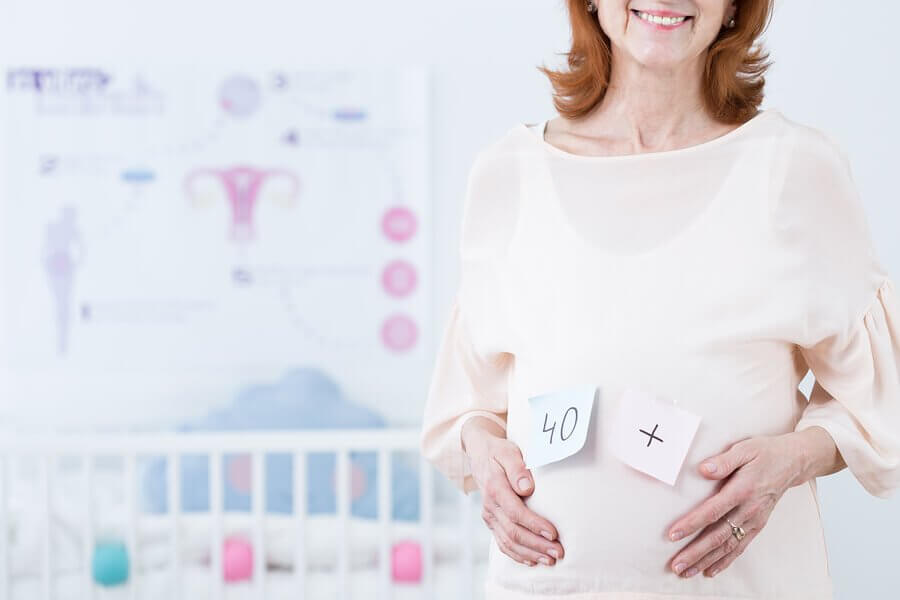 As women get older, their hormone levels drop and menopause begins. This eventually causes the ovaries to stop producing ova. However, the process can take years to complete, and until it does, women still have the possibility of becoming pregnant during menopause.

While many women think that menopause happens overnight, the process actually takes between 5 and 10 years. Thus, it’s still possible for women to become pregnant during menopause.

This is due to the fact that hormone levels decrease during this process, but may also increase at times. When that occurs, a woman’s body is still able to conceive a child.

Is it possible to become pregnant during menopause?

The answer is yes, it is possible to become pregnant during the process of perimenopause and during menopause itself. During the stage prior to menopause, a woman’s menstrual cycle can become irregular, with periods that stop and start at differing intervals.

Therefore, it’s not safe to assume that a woman has started menopause just because her period stops. Rather, this may just be part of a transitional phase.

Without a doubt, menopause changes a woman’s body drastically and eventually marks a time in life when she can no longer have children. This is because the production of estrogen and progesterone hormones, which occurs in the ovaries, ends altogether.

Once the menopause process is complete, pregnancy is no longer a possibility. This is because a woman’s ovaries, which must be fertilized by sperm in order to conceive, are no longer present in her body.

Experts don’t recommend that women over the age of 40 take birth control pills to prevent conception during or after menopause. In most cases, doctors are more likely to suggest the use of a diaphragm, an intrauterine device (IUD) or, as a permanent option, tubal ligation.

On the other hand, some women decide they do want to have a baby during menopause. In this case, there are options they should consider.

For example, menopausal women can look into an egg donor program, which allows them to have a baby with the help of the eggs of a younger woman. However, this option brings with it a much higher risk of fetal problems.

It’s important for women experiencing menopause to understand that they must go an entire year without menstruating to consider themselves officially post-menopausal. And even then, the possibility of a pregnancy still exists.

“The process actually takes between 5 and 10 years. During this time, it’s still possible for women to become pregnant.”

Besides the changes regarding women’s menstrual cycles, they may also experience the following symptoms during menopause:

Perimenopause: The transition into menopause

Perimenopause is the phase that occurs prior to menopause itself. During this stage, a woman’s body is preparing for menopause and her ovaries are starting to produce less estrogen.

Most women experience perimenopause during their forties. However, this phase can also occur in a woman’s thirties, or even earlier, and can last up to 4 years. However, for some women, this stage lasts only a few short months.

Perimenopause stops when menopause starts, usually several years after the first symptoms began. It ends when a woman experiences a full year without menstruation, or when her ovaries stop producing ova.

During the transition to menopause, a woman’s menstrual cycle becomes irregular, making conception difficult. However, she can still become pregnant during perimenopause, since ovulation can continue.

The symptoms of perimenopause can be the result of hormonal changes, and include the following:

Lastly, remember that menopause is a long process and doesn’t guarantee that your period stops coming, due to other preexisting medical issues. To be sure, you’ll need to consult with your gynecologist.

5 Diseases That Can Appear During Menopause
In addition to the inevitable changes and symptoms that come with menopause, there are also certain diseases that can appear during menopause. Read more »
Link copied!
Interesting Articles
Before conception
Supplements During Pregnancy: Folic Acid, Iodine and Vitamin B12