The type of underwear that men wear could affect their fertility. Although many studies have researched this issue, there are still no conclusions. Find out more about the relationship between tight underwear and male fertility in this article. 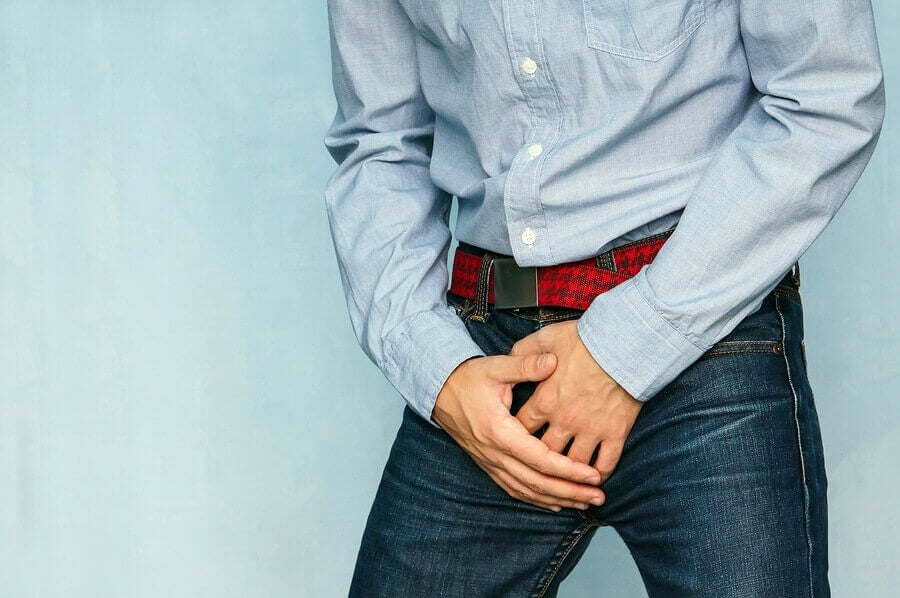 You’ve probably heard that there might be a relationship between tight underwear and male fertility. There are several different theories saying that wearing tight underwear or pants could affect sperm production and as a result, make conception more difficult.

Certainly, testicles work best when they’re at a colder temperature than the rest of the body. Tight underwear pushes the testicles against the body, causing them to get warmer. This rise in temperature reduces sperm count and decreases motility.

Male infertility can be due to many factors. For example, it’s caused by hormonal imbalances, physical, psychological or behavioral problems. However, the biggest cause of infertility in men is because their sperm are abnormal. This may happen due to factors related to lifestyle.

In addition, certain studies claim that men who lead a healthy lifestyle are more likely to produce healthy sperm. Consequently, they’ll be less likely to suffer from infertility problems.

Below, we’ll tell you everything you need to know to help dispel the myths surrounding tight underwear and male fertility.

Many things can affect men’s ability to produce or transport sperm. This includes elements such as:

Testicles produce sperm. Germ cells take about 70 days to develop into mature sperm, which is found in semen and can fertilize an egg.

The Specialized Center for Infertility and Women’s Care states that 1 in 20 men have some type of fertility problem. These men have a low number of sperm in their semen. In addition, 1 in 100 men doesn’t produce sperm at all.

According to research, male infertility corresponds to approximately half of all cases when a couple cannot conceive.

Mostly, this is because of a problem with the sperm itself. For example, men might have a low sperm count, poor motility with inactive or slow-moving sperm, or abnormal sperm.

Factors that negatively affect the development and mobility of sperm include drug and alcohol abuse, diabetes and bacterial infections. Also, environmental factors include toxic exposure to chemicals or radiation and overheated testicles.

“Tight underwear pushes the testicles against the body. Therefore, it causes them to get warmer. This rise in temperature reduces sperm count and decreases motility.”

In fact, a recent study conducted by scientists at Stanford University in California confirms that men who wear boxers during the day and nothing to bed have significantly lower levels of DNA damage in their sperm.

This was in comparison to men who wear tight underwear during the day and at night.

Testicles produce sperm. If they’re too hot for too long, sperm production is interrupted. It doesn’t go back to normal until the temperature goes back to normal.

Meanwhile, if production has decreased due to heat, it may take a few months at normal temperature to improve sperm count.

Tight underwear can raise the temperature, which results in poor sperm motility, leading to less or abnormal sperm production.

Overheating and constant humidity in that area leads to conditions like infections from fungi and microorganisms. These could also have negative effects on fertility.

However, for men with low sperm count to conceive, they should keep their scrotum as cold as possible. This will give their testicles the best chance to do their job.

Of course, for men who suffer from fertility problems, it’s important for them to discuss their concerns with a doctor or urologist.

The Link Between Prolactin and Infertility
One of the questions doctors and gynecologists ask is about the relationship between prolactin and infertility. Does it cause infertility? Find out here. Read more »
Link copied!
Interesting Articles
Before conception
The Dietary Treatment of Amenorrhea