Home » Pregnancy » I want to be a mom » Infertility

What Is Hysterosalpingography (HSG)?

Hysterosalpingography (HSG) is a very effective procedure to look at internal organs in motion through an X-ray examination. Read on to learn more! 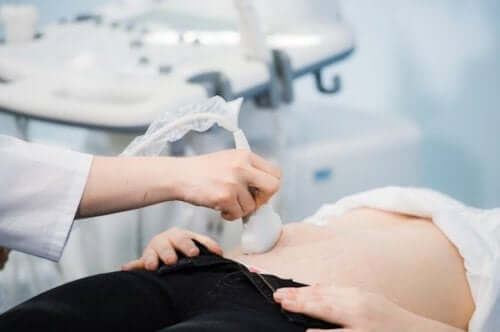 Hysterosalpingography (HSG) is a procedure used to determine the fertility of women who want to become pregnant. Since this test isn’t well-known, many patients tend to have a lot of questions and concerns at the beginning of their fertility treatments.

This procedure exposes a body part to a small dose of ionizing radiation, producing images of the inside of the body. Other medical tests that doctors tend to request alongside hysterosalpingography are ultrasound and hormonal profile.

This procedure makes it possible to see internal organs in motion. It fills the uterus and fallopian tubes with a water-soluble contrast medium. The radiologist can use the fluoroscopy to observe and assess the anatomy and function of these organs.

What is it used for?

Hysterosalpingography is used to investigate why spontaneous abortions (miscarriages), which arise from uterus abnormalities, occur and to check on severe tumor masses, adhesions, and uterine fibroids (if the woman suffers from them). It also allows checking on:

This procedure isn’t recommended if the patient has an active inflammatory condition. Therefore, it’s important for the doctor to know if there’s a chronic pelvic infection or an untreated sexually transmitted disease.

Fluoroscopy uses a continuous X-ray beam, creating a chain of consecutive images projected on a fluorescent screen or on a monitor.

It’s used with a contrast medium that manages to clearly define the area to be examined by making it look dark. This procedure allows the doctor to observe joints and internal organs in motion. It also captures images without movement, storing them electronically.

How you should prepare for it

During and after the procedure

This procedure can cause cramps or pain when the catheter is placed and the contrast medium is injected. In addition, it may cause slight peritoneum (the lining of the abdominal cavity) irritation, which is why it can lead to generalized lower abdominal pain. However, the pain tends to be minimal and not last long.

Most women experience slight vaginal bleeding for a few days after the procedure, which is normal.

The benefits of hysterosalpingography

This is a relatively short and minimally invasive procedure with few complications. It can generate valuable information on a set of abnormalities that cause infertility or difficulties preventing the fetus from being carried to term. In addition, sometimes it can even open blocked fallopian tubes, thus allowing the patient to become pregnant.

It’s also important to note that, after performing the X-ray examination, no radiation remains in the patient’s body. The key is to consult your doctor if you have any concerns before the procedure.

It’s important to learn more about all the tests and procedures that exist today. However, when in doubt, it’s essential to talk to a specialist.

How Do X-Rays Affect Pregnancy?
Given that doctors always warn pregnant women about the effects of X-ray radiation, we want to discuss how X-rays affect pregnancy. Read more »
Link copied!
Interesting Articles
Infertility
The Right Diet for Increasing a Woman's Fertility

In order for pregnancy to take place naturally, it's not enough to have an ample supply of quality sperm. It's…

Infertility
All You Need to Know About Assisted Reproduction?

Assisted reproduction refers to the set of medical and technical treatments that allow for pregnancy when natural conception doesn't occur.…