Lost Adolescence, a Movie Concept That Tells Us About Life

Lost Adolescence is a concept based on a film that tells us about the values and responsibilities that are present during a complex stage of life. 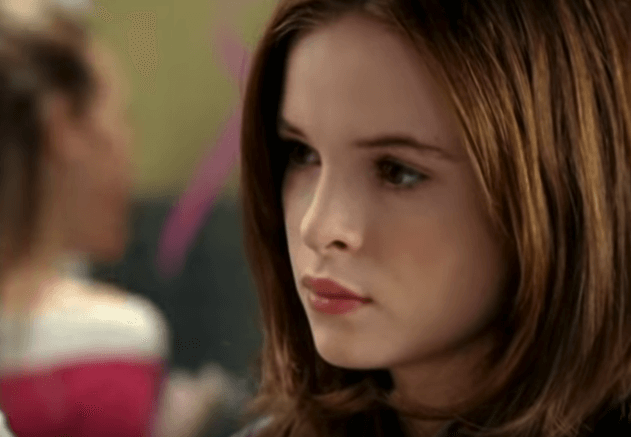 The idea of “Lost Adolescence” comes from a movie entitled Mom at Sixteen. It addresses the issue of teen pregnancies and all of the problems that they bring. This type of film is meant to speak to young people who are initiating in a sexually active lifestyle.

The idea is that they can reflect on their own lives, express themselves openly and obtain information about issues that concern them.

For those interested, this is the Mom at Sixteen fact sheet:

What is the main argument and concept of Lost Adolescence? In the movie, the main character is Jacey Jeffries, played by Danielle Panabaker, a 16-year-old teenager. She is a brilliant and dedicated high school student whose life changes definitively.

The mother justifies keeping everything that happened a secret by telling herself that she is guaranteeing the continuation of her daughter’s education. By doing this, she also believes she’s making sure that her daughter has a good future. They end up moving and trying to start over.

However, while Jacey’s mother raises the baby Charley, as if it were hers, Jacey starts to feel unhappy. She begins to entertain the idea that she could take care of her child on her own.

Jacey visits the baby’s father (her ex-boyfriend, Brad) and tells him the truth. She talks about Charley and his fatherhood. Brad’s reaction isn’t what Jacey expected. Brad becomes panicked and runs away, so Jacey is once again left alone.

After a few days, Brad decides to face the situation and goes to see Jacey. When he sees his son, he begins to think that maybe they could raise the baby together… However, Jacey’s mother talks him out of it by telling him about the consequences of raising a child at a young age.

Communication with parents in Mom at Sixteen, Lost Adolescence

The mother tells the young parents about the difficulties of undertaking such a task while still being teenagers. The worst thing, for her, would be to interrupt her studies to properly raise the baby.

Brad talks to his parents, but he doesn’t get a good reaction either. They strongly oppose leaving school and suggest that he take a paternity test.

Jacey courageously dares to speak in front of her school about everything that happened to her. In her speech, she states that unwanted pregnancies can happen to any girl, regardless of their grades. Being a good student didn’t exempt her from this situation. She also invited other girls to tell their difficult stories.

In the end, Jacey gives the baby to a couple of teachers who couldn’t have children of their own. Apparently, everything ends well, since Jacey can continue to have contact with her biological child and the baby grows up with a family that loves him.

A film for parents and teenagers

Lost Adolescence is based on the film “Mom at Sixteen” that tackles several inevitable common themes in adolescence. Adolescents aren’t prepared for sexual maturation. Therefore, the psychological process that accompanies physical changes must be guided, and that’s what Lost Adolescence tries to teach us.

On the other hand, adolescents sometimes believe that they’re invulnerable, in possession of personal power and well informed. It happens with extreme sports, drugs, and also with sex. They believe that, whatever it is, it won’t happen to them.

Parents are also unprepared for all the changes during adolescence. Much less to how to face events such as unplanned pregnancies. It can happen to anyone, as manifested in the movie. The most important thing is to educate and guide so that each child can assume sexuality in a responsible manner.

Link copied!
Interesting Articles
Stages of labor and birth
Labor Pain Management: What You Should Know