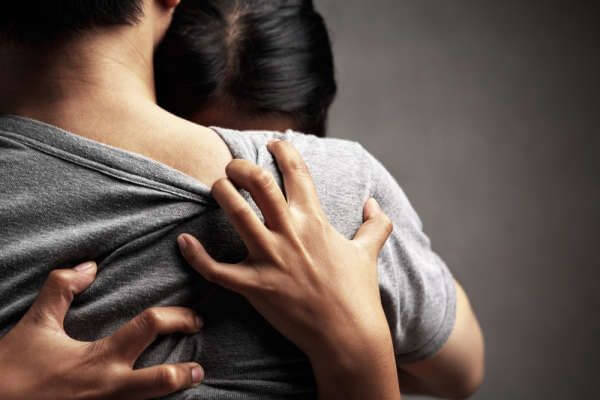 The death of a fetus during pregnancy is a deeply painful experience for mothers. Perinatal grief is a very sensitive issue, particularly because it is often ignored and not given the treatment it requires.

Knowing the implications of perinatal grief from the parents’ perspective can be useful in order to consider the feelings that arise from this kind of loss.

In this article we’ll share the aspects that turn perinatal grief into one of the most painful types of suffering that a mother can experience. It is still an unknown form of grief for people who have never faced such a loss.

What is perinatal grief?

When speaking about perinatal and gestational grief, an allusion is made to the death of a child. It is determined as perinatal loss when the death occurs during conception, delivery or even the first weeks of the baby’s life.

Just thinking about it can freeze our blood. Unfortunately this type of loss tends to be ignored. It is given little importance and silenced by the environment, when in reality it is as painful and inexplicable as any other loss.

Perinatal grief is usually framed within “unauthorized grief.” Behind this frame there are heartbreaking cries.

Statistics show that it’s a frequent reality; 10,265 miscarriages are recorded every year. It is a minor figure, except for the parents who planned a life with their baby.

Many parents receive the news about the death of their child in the womb through the mouth of a sonographer. They are then left alone.

After this, one of the most shocking parts occurs: the “delivery” of the baby. The parents have no option when it comes to the procedure.

It’s unfortunate that there is no legislation in regard to this anywhere in the world. This is why social services turn their back on it. They refuse to cover certain studies and services for the deceased baby.

In addition, parents who don’t have the money to remove the child through medical procedures risk it turning into pathological waste.

Another important factor that mothers go through when faced with perinatal grief is that since the child is born dead, it doesn’t have the right to have a first or last name. The mother’s name is also written on the birth certificate. It is a cruel paradox, death in life.

What do many consider to be the most painful part? What happens next is that the mother is admitted into the maternity ward, where her grief is confronted with a carnival.

She has to hear the cries of other babies and she is carelessly and involuntarily placed in an environment that is full of happiness while everything she sees is gray.

Spain has become a leader when it comes to this topic. There are still maternity wards that ignore perinatal grief, however in more advanced hospitals, the “grief circle” has been created.

During perinatal grief, life and death live in the same space, leaving a void in parents’ memories.

Specialists recommend that parents validate these memories by storing things in a box that remind them of their child: Ultrasounds and symbolic objects that are testimony to the grief and that will one day heal their pain.

Other experts address the importance of performing a goodbye ritual. When dealing with perinatal loss, there is usually no way to organize a funeral or burial.

However, performing a symbolic goodbye is recommended: Going to a special place, writing something significant or a commemorative gesture such as planting a tree.

When dealing with grief that is minimalized by the environment, each parent has to find a way to value their own grief, deal with it adequately and finally overcome it.

There are occasions in which parents “self-medicate” in excess using psychological pharmaceuticals. This can prevent and even derail the normal grieving process.

Did you know that millions of babies die every year worldwide, leaving their families in grief? According to statistics, the number of intrauterine deaths are more than those of HIV and malaria combined.

At the same time these losses generate perinatal grief that can have psychological effects that last for decades.

Did you know today’s society is still not conscious about perinatal grief? Due to this lack of awareness, nobody talks about the babies that die in the mother’s womb.

The process of grief is always normal after a loss, yet perinatal grief has specific characteristics that make it different.

However, it’s still considered to be unauthorized grief, ignored and minimalized. This means that on many occasions, the perinatal or gestational grief that parents go through are not publicly recognized nor socially expressed.

Societal awareness will be awoken when there are finally no more hushed cries and no more grieving in silence.