Spanish Christmas Sweets to Make with Your Children 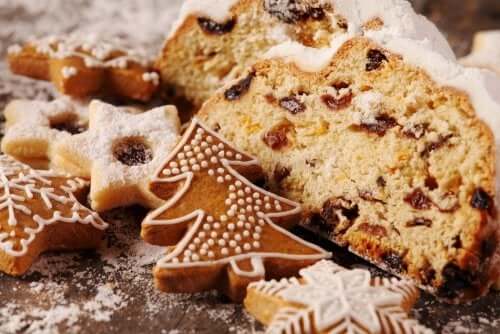 Turrones and polvorones are some of the most typical Spanish Christmas sweets. They’re made with sugar or honey, flour, and almonds. In the case of polvorones, they also contain lard.

In addition, you can flavor them with any fruit, spice, or aromatic herb. Just ask the great chefs and brands that are constantly innovating more and more. There are even those without added sugars and even vegan versions, made with plant-based drinks.

What’s more, in Spain we have the famous turrones from Jijona and Alicante, which carry the seal of Protected Geographical Indication. Regarding polvorones, there is a debate over who made them first: Estepa or Antequera. These places are famous for this dessert.

Already in the mid-16th century, reference was made to turrones in historical manuscripts. Although they’re typical of Spain, their origin is Arabic. However, in the time of Charles V, the Spanish version of the Alicante turron began to be produced.

In contrast, butter turrones appeared in the 19th century. It seems that in Estepa and Antequera they were made to spend the surplus of butter and flour. Curiously, they became famous in 1844. However, it wasn’t until 1870 that they were marketed from Estepa, where the first factory dedicated to these Spanish Christmas sweets is located.

Almond and cinnamon polvorones, the Spanish Christmas sweets you don’t want to miss

Did you know that polvorones are a type of butter cookie but with almonds? Both have flour, sugar, lard and various aromas (cocoa, lemon, anise, cinnamon…). However, since virgin olive oil is so beneficial and makes up part of the Mediterranean diet, we suggest using it to substitute the lard. Also, this way everyone can enjoy them, including vegetarians and vegans.

First of all, pit the dates and crush them. Then, mix all the ingredients in a bowl until you get a uniform dough. Next, let it rest covered with plastic wrap for at least a couple of hours.

Finally, once this time is over, preheat the oven to 350ºF and shape them. Bake them for 15 minutes.

First, remove the pits from the dates and crush them. Mix them in a bowl with the ground almond and rice. Then, melt the chocolate in the microwave at 30-second intervals, being careful not to burn it. Next, stir it and add it to the bowl.

Mix everything well and pour it into a silicone mold. If not, line the mold with baking paper so that you can easily unmold it. Place it on top of the fridge until it hardens.

Mix the coconut oil at room temperature with the grated coconut until it’s well blended. Let it rest in the fridge for at least 1 hour to be able to shape it. Next, melt the chocolate and cover the coconut balls. Finally, allow them to rest until the chocolate hardens.

First, wash the oranges and cut them into thin slices. Then place them on a baking tray and dehydrate them at 200ºF with air above and below for 3 hours.

When there are 2 or 3 minutes left to finish making the oranges, melt the chocolate with the coconut oil in the microwave at 30-second intervals, taking care not to burn it.

Stir the mixture until it’s well combined and add the orange zest. This way, it’ll enhance the entire flavor. Add the peanut butter or cashew cream and mix until the mixture is homogeneous.

Finally, pour it into a mold and decorate it with the orange slices on top. Let it rest for at least a couple of hours in the fridge.

As you can see, these are very simple recipes, so we encourage you to try them. And, before we go, don’t forget to spend Christmas with your family, enjoying and sharing good times.

Returning to Healthy Eating Habits After the Holidays
During the holidays we tend to eat and drink too much. Here are some tips to help you go back to your healthy eating habits afterwards. Read more »
Link copied!
Interesting Articles
Sweet recipes
Learn How to Make Gingerbread Cookies

When summer arrives, the warm weather and long afternoons make us crave something cool and refreshing. That's why we've put…

Sweet recipes
4 Desserts Your Children Will Enjoy on Special Occasions

If you’re wondering how to prepare desserts your children will enjoy, here are four simple and quick preparations that you…