Plant-based Drinks for Babies and Children

Among the plant-based drinks available, soy milk is the closest to cow's milk on a nutritional level. That's why it's often the first choice among vegans. 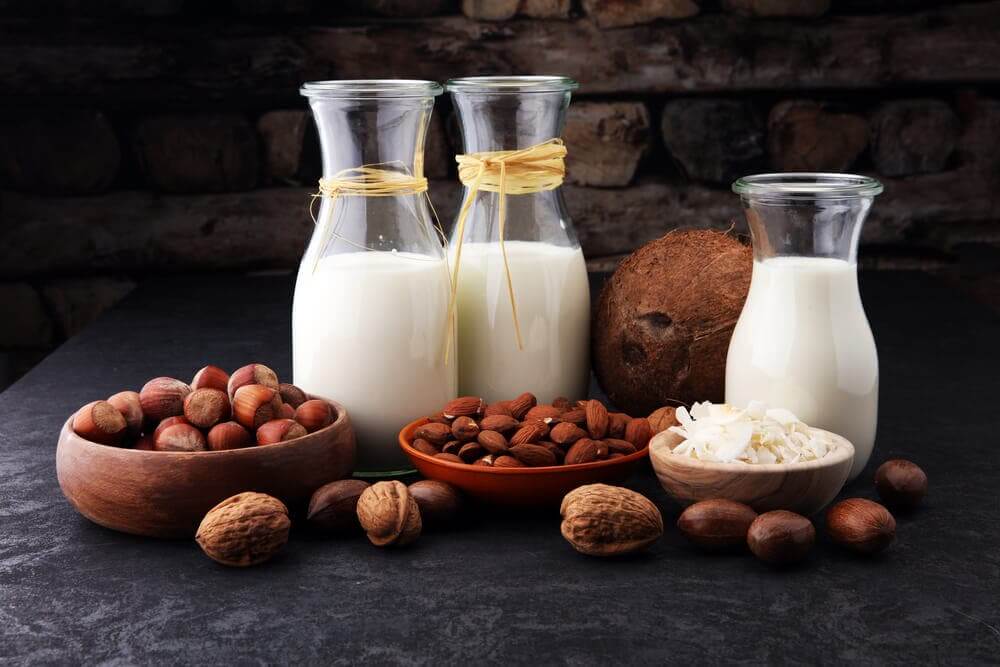 Nutritionally, we can’t consider plant-based drinks to be a substitute for cow’s milk. Depending on the vegetable source, their composition is very variable. However, at the same time, it’s also important to mention that there’s no need to replace milk, as it’s not essential to our diets.

Milk is rich in calcium, proteins, and fat – although the last two depend on the version of milk you drink. In this sense, when it comes to plant-based drinks, the predominant macronutrient varies depending on their source.

Those that come from cereals or pseudo-cereals, like rice-based or oatmeal-based drinks, are rich in carbohydrates. Others, which are obtained from legumes, are rich in proteins. Then, there is a third group that comes from fatty fruits or dry nuts, like coconut or almond-based drinks, which stand out for their high fat content.

So, when we consider nutritional composition, the vegan drink that’s most similar to cow’s milk is soy milk enriched with calcium. This is thanks to the fact that its protein, fat, and calcium content are close to that of milk.

During a child’s first 6 months of life, breastmilk and/or formula are a newborn’s main source of nourishment. While the World Health Organization recommends that babies get their nutrition exclusively from their mothers’ breastmilk, that doesn’t always happen.

Mastitis – an inflammation of the mammary glands – is very normal and can cause some women to cease breastfeeding. This is just one example of reasons why a mother may bottle-feed her little one. But, what if she’s a vegan? What formula should vegan mothers give their newborns to substitute breastmilk?

Another possibility, which is more common than you may think, is that a child has a cow’s milk protein allergy (CMPA). In fact, studies suggest that between 2 and 3% of babies suffer from this allergy. So, what’s the protocol for non-breastfeeding babies who can’t drink cow’s milk due to an allergy

A vegan diet in children is perfectly compatible with proper growth according to the main scientific associations. However, parents need to be well-educated on the issue and apply the vegan approach carefully. There are many reasons why parents may be for or against this type of lifestyle. However, in either case, it’s important to respect their decision.

A vegan diet doesn’t include any food that comes from an animal source and, therefore, excludes all traditional milk. For those families that opt to supplement breastmilk, there are soy and rice formulas that are suitable for vegan babies. Soy milk needs to be free of isoflavones if they’re meant for babies that are under the age of 6 months. And, as for rice milk, they should be hydrolyzed in order to minimize their arsenic content.

After the age of 6 months, babies can consume soy milk with isoflavones. Later, after they reach the age of 2 years, parents can incorporate other plant-based drinks in their little one’s diet.

However, it’s important to point out once again that parents need to carefully plan their child’s vegan diet. A dietitian or nutritionist with knowledge of the subject should oversee what babies eat and drink

When babies are allergic to the protein in cow’s milk, the only treatment is to completely avoid all products containing cow’s milk. In newborns, parents can approach the issue in one of 2 ways, depending on how they feed their babies.

In the case of babies that breastfeed, then the one who needs to avoid dairy is the mother. Mothers will need to eliminate all dairy products from their diet and control their calcium and vitamin D levels. To find out how much calcium and vitamin D they need, it helps to know how much of these micronutrients they consumed previously.

Once they know their individual calcium demands, they can increase their intake of calcium-rich foods. Of course, it’s important to remember that a woman’s calcium demands are higher while breastfeeding.

In babies that drink formula, there are several possibilities. Hydrolyzed milk is the treatment of choice in these cases. And for those babies that don’t tolerate it, there are soy and rice-based milks which meet the specifications we mentioned above.

From the time children are two years old, parents can substitute these formulas with enriched plant-based milks. In these cases, it’s important to evaluate the protein content in a child’s diet to make sure their requirements are covered.

How to make the right decision when choosing plant-based drinks

To choose between so many options, parents need to look at the nutritional label. While there isn’t a lot of variation among different brands of cow’s milk, there is a lot of variety when it comes to plant-based drinks. Therefore, keep the following in mind when making your choice:

Vegan Diets: Are They Recommended for Kids?
Are vegan diets really adviseable for children? Are there any benefits? What could be the dangers? Find out in today's article! Read more »
Link copied!
Interesting Articles
Children's diet
Mukimono Art: Children's Dishes You Can Eat with Your Eyes

Many concerns can arise about what our children should eat, since it's important to take care of their health from…

Children's diet
Should You Put Your Child on a Diet?

Childhood obesity is a an important public health problem worldwide. According to the Aladino Study, in Spain the prevalence of…

Throughout history, certain myths about food have been created and, more specifically, myths about child feeding. Many of these misconceptions have managed to condition our choices when it comes to…

A soft diet for children with stomach problems is a temporary solution when their body needs to heal. Although it…