The Best Disney Pixar Sequels to Watch as a Family

Although they say that sequels are never good, you shouldn't miss these great Disney Pixar sequels. 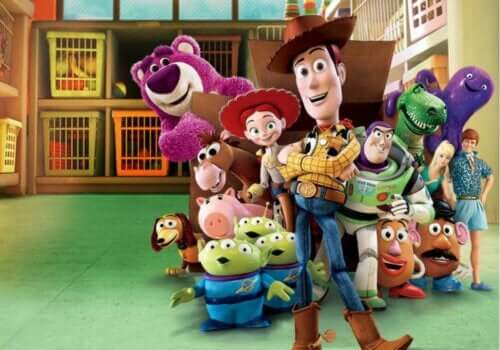 It’s hard to make a movie that’s better than the original. Often, sequels aren’t successful and are doomed to failure. In this article, however, we’re going to look at great Disney Pixar sequels that you can watch as a family. In fact, these movies are sure to excite and amuse you.

After the outcome of Monsters Inc., which was insurmountable tenderness between Sully and Boo, the animation studio opted for a prequel. In fact, this successful film created a new story about these beloved monsters.

Monster University shows how the friendship between Sully and Mike began by showing their time in college. Also, after significant effort, they achieve their dreams. They successfully train to be future scarers at the prestigious company Monsters Inc., which is where the first film starts.

Fourteen years after The Incredibles (2004), Disney Pixar’s favorite superhero family returns in a sequel with a new story adapted to today’s world.

In fact, the film company did their homework and brings us a movie where Elastigirl, the mother of the family, is the main superheroine.

For his part, Mr. Incredible shows us that he can also do the work of a super dad while supporting his wife.

After the thrilling and moving film Finding Nemo (2003), this studio brings back one of the most endearing characters and makes her the protagonist of the sequel, Finding Dory.

The values of family and friendship are significant in this film and are reinforced more than ever. Dory sets out on an ocean adventure to search for her parents, alongside Marlin, Nemo, and some new characters the whole family will love.

Although Toy Story 2 (1999) was a great sequel and was one of the best sequels from the company so far, Toy Story 3 shows us a before and after. In fact, it demonstrates that even third installments can be magnificent.

After a decade since the last installment of Toy Story, the studio got it right again. This film shows the passage of time, as well as growing up and ending certain stages of life.

“I can’t stop Andy from growing up. But I wouldn’t miss it for the world.”

Again, this story focuses on the value of friendship, but this time with nostalgia that is exciting for the youngest and oldest fans in the house.

Ideas for a Great Family Movie Night
Enjoying a nice family movie night at home is surely at the top of the list of fun, simple things to do together. Keep reading to learn some great ideas. Read more »
Link copied!
Interesting Articles
FIlms and series
Atypical: A Series that Depicts ASD