Atypical: A Series that Depicts ASD 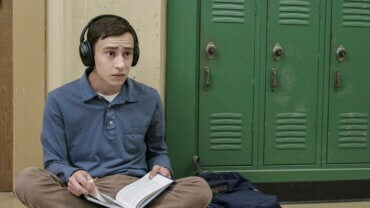 If you're looking for a series that depicts ASD in a realistic way, it's time to discover Atypical. The endearing lead character of this hit series just happens to be on the autism spectrum.

Atypical is a Netflix original series that depicts ASD, or Autism Spectrum Disorder. This dramatic comedy deals with the life of Sam Gardner, an 18-year-old boy with Autism, and his family.

In order to write about the adventures of this character, Robia Rashid, the series’ creator, definitely did his research. He sought out the assistance of Michelle Dean, who worked in the research and treatment of ASD at UCLA. As a result, over the course of each episode, the show attempts to portray autism as realistically as possible.

Atypical, a series that depicts ASD

Unlike other series that depict ASD, the writers of Atypical have made a point of stepping away from stereotypes and topics that revolve around the disorder. Rather, each episode portrays the everyday life of a young man with autism who, due to his condition, must overcome certain challenges and difficulties on a daily basis.

So, the series shows how certain typical teenage situations are even more complex and difficult for the main character to face. These include situations like first love, friendship, family arguments, the search for identity, personal independence, etc.

At the same time, this comedy includes serious moments that invite us to think. For example, it shows the important role of the family in the development and wellbeing of people with ASD. Also, it shows how the main character relates to his parents and sister.

As the series progresses, we can observe how Sam grows and evolves. And we can also see how he acquires new personal resources and tools that help him face the challenges that appear in his life.

But Sam isn’t the only one who changes throughout the course of the episodes. We can also observe changes in his family, his girlfriends, and his best friend, as they go about their own lives.

How does this series depict ASD?

As we know, Autism Spectrum Disorder is a very heterogeneous condition. In other words, each case is very different from the next as far as the type and variety of characteristics they present. Therefore, it goes without saying that the series isn’t attempting to paint an exact portrait of what autism is. Rather, it’s just telling the story of one person’s life on the autism spectrum.

Another virtue of this program is that it deals with Autism Spectrum disorder as a condition that people who have it must live with… Never does the series depict ASD as a disability that impedes a person’s maximum development.

This is no minor detail because it’s something that many people still fail to understand. So, thankfully, this series is helping to change what people think and know about this condition that affects at least 1 in every 59 Americans.

“Autism is not a processing error – it’s merely a different operating system.”

Given all of this, Atypical is a series that helps the general population acquire a more educated perspective regarding ASD. And it also shows how people with autism can and should be included in our society.

The Education of Children with Autism
To provide a quality education for children with autism, a series of measures should be put into place. Today we'll tell you all about these measures. Read more »
Link copied! Next
Interesting Articles
FIlms and series
The Best TV Shows for Teens from the 2000s

FIlms and series
5 Valuable Lessons from "My Neighbor Totoro"

My Neighbor Totoro is a Japanese animated film by Studio Ghibli that's now in its 30th year. We can consider…