The consequences of child sexual abuse appear differently at each stage of a child's development. In this article, we'll tell you the main consequences and how to deal with them. 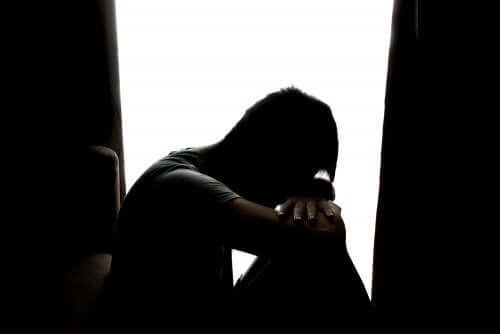 Childhood is the playground that we’ll play in throughout our whole lives. The things we experience during our early years forge the beliefs that will accompany us into adulthood. Can you imagine the damage that can be caused, on a psychological level, by experiencing child sexual abuse?

For a child, it’s vital to feel loved and protected by the adults around them. These first bonds provide the necessary security to grow up with confidence in themselves and in others.

But when such a flagrant violation of their intimacy and their person takes place, the consequences are far-reaching, especially if it’s a family member who commits such an act.

Child sexual abuse is when any sort of activity of a sexual nature is carried out with a child without their consent or when consent isn’t possible. In other words, sexual abuse doesn’t mean that penetration has to occur. In fact, any type of sexual touching is included in the same category.

Any sexual contact between an adult and a child is abuse. Even approaches between two children is abuse if there’s a significant difference in age or developmental level between them. In short, the key here is that a child, given his or her age, isn’t in a position to give valid consent.

What are the consequences of child sexual abuse?

Not all children who suffer or have suffered sexual abuse experience the same consequences. However, depending on their evolutionary stage, the consequences of this event are usually similar.

At this age, somatic disorders, sexualized behavior, and internal problems typical of the previous stage are maintained. But, in addition, they can increasingly worsen:

During adolescence all the symptoms of previous stages can continue. However, there’s also an increased risk that young people will carry out different behavior such as:

The after-effects of child sexual abuse remain over time and can cause long-term emotional conflict, even in adulthood. In most cases, the symptoms diminish over time, but the opposite may happen and they may become more severe, especially if the person doesn’t seek treatment in time.

Consequently, adults who have been victims of child sexual abuse are at greater risk of suffering depression, anxiety disorders, sexual problems, and low self-esteem.

The consequences of child sexual abuse: what do they depend on?

Experts have found that not all victims of child sexual abuse suffer the same consequences. There are even cases where there’s no significant subsequent damage. So, what are the factors that influence this damage?

There are many factors that influence, but they’re difficult to control. However, if we want to help a child to overcome this experience, we have to focus especially on helping the child to develop a safe attachment style. They shouldn’t blame themselves, and should try to adopt and use appropriate coping strategies.

In this respect, it’s much more beneficial to employ strategies to face the situation rather than to avoid it. It’s preferable that the child expresses what has happened as soon as possible.

It’s then essential to believe the child, and that they then receive the necessary family and professional support. Ignoring the issue, covering it up, or not wanting to talk about it can have very negative consequences.

What to Teach to Prevent Child Abuse
It's important to teach children how to identify and prevent child abuse. Teach children to recognize attitudes and behaviors that threaten their privacy. Read more »
Link copied!
Interesting Articles
Teenage psychology
Adolescents Want Affection, Not Explanations