Cognitive performance is key to preventing the development of neurodegenerative diseases in adulthood. 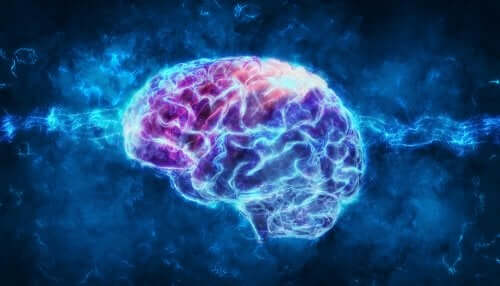 Cognitive performance is related to the correct development of the brain during pregnancy. This is where nutrition plays a key role. We should note that one of the essential nutrients, iodine, is supplemented. But before we get down to business, here’s a quote for you to think about.

“Intelligence is the ability to take and maintain a certain direction, adapt to new situations, and have the ability to criticize one’s own actions.”

Stay with us as we go through all the nutrients involved in brain functions, one by one.

The brain is made up of 60% fat and all the cells are covered with fat. For this reason, its intake is essential. However, they have to be quality fats, like omega 3 (linolenic acid, EPA and DHA). They’re found in nuts, oily fish (salmon, sardines, tuna, etc.), and seeds. Other food in this category are virgin olive oil and avocado.

In addition, cholesterol forms part of the myelin that surrounds the neurons in order to form a connection between them, and create a good brain performance. It’s also important to know that the lack of cholesterol prevents vitamin D from synthesizing and promotes aging, contributing to memory loss.

This doesn’t mean that we have to ingest it through food, since the body mainly synthesizes it in the liver. On the contrary, an excess is harmful, as it accelerates oxidation and deteriorates neuronal function.

The main symptom of iron deficiency is fatigue. As a consequence, it’s harder to concentrate, making learning difficult and altering a person’s mood. But the question is: what functions does this mineral perform other than transporting oxygen through the blood?

Iron contributes to nerve transmission, since it intervenes in the formation of the myelin layer and regulates the production of neurotransmitters, which are indispensable for memory, emotional responses and coordination.

So, having optimal iron reserves from a young age prevents cognitive decline throughout life. It’s found both in foods of animal origin, such as fish, seafood (mussels, clams, etc.) and meat, and in those of vegetable origin, such as legumes, green leafy vegetables, and nuts.

However, the degree of absorption is lower in vegetables due to the presence of sequestering agents, such as phytates and oxalates. To inactivate them, it’s recommended that you soak, boil, or roast these foods, and even let them sprout. In addition, when consumed with citrus fruits or peppers, which are a source of vitamin C, you’ll achieve greater absorption.

Zinc stands out especially, and this mineral intervenes in numerous reactions among which the neuronal activation stands out. We can find it in fish, seafood, brewer’s yeast and whole grains, such as oats. It has also been seen that polyphenols present in fruit and vegetables contribute to normal brain function.

This is the basic compound of thyroid hormones that regulate our metabolism and help to prevent mental and growth retardation. That’s why it’s advisable to supplement it throughout pregnancy, as well as to promote the consumption of fish and seafood, dairy products, seaweed, and iodized salt.

The lack of this vitamin produces a lack of memory, loss of coordination, slowness of movement, paresthesia, and lower cognitive performance. It’s irreversible when not treated early enough.

We only find it in food of animal origin, and so people who follow a vegetarian or vegan diet must supplement weekly. The dose depends on age, as can be seen in the following table.

Exercising at least 3 times a week helps maintain good physical, metabolic, bone, and mental health. With the youngest members of the household, it encourages teamwork, concentration, attention, and memory. The ideal method is to combine cardio activities (such as running, cycling or dancing) with strength-based activities.

Other factors involved in cognitive performance

So far we’ve mentioned lifestyle factors, but there are other ideal activities, such as:

As with our health, there are also factors that alter cognitive development.

Currently, many people exceed the WHO’s recommended dose of 5-10% of these products, and this can promote the onset of diabetes, obesity, and excess weight. They’re a fast source of energy, and so, after 2-3 hours of consuming them, hunger appears again.

In addition to this, if these products are consumed regularly, then resistance to insulin, which is the hormone that regulates blood sugar levels, can occur. So, the less you consume these products, the better. The only cases which can justify their consumption would be hypoglycemia or elite sportsmen and women who are involved in intense and prolonged physical activity, such as a marathon.

These have a negative impact on cardiovascular health. We can find them in baked products such as cookies, snacks, chocolate pastes, and other sweets and pastries.

80% of the products we consume daily are rich in salt, which means that the maximum recommended dose of 3g is exceeded. This is why the amount of salt in snacks, tins and bread has been reduced over the last 10-15 years or so.

Alcohol and other drugs

Experts discourage the consumption of these products because it accelerates cognitive decline. This is despite the fact that drinking alcohol is considered to be a normal practice, even when the harmful effects are scientifically-proven. There’s no such thing as zero risk.

In conclusion, a healthy lifestyle from pregnancy onwards is essential in order to promote good cognitive performance. This has an influence on our children, especially in their student years. For that reason, you shouldn’t forget to encourage intellectually stimulating activities.

How Harvard’s Healthy Eating Plate Can Help Your Children
The Healthy Eating Plate: is it the most accurate nutritional guide? That's the question we'll be asking in this article. Read more »
Link copied!
Interesting Articles
Eating habits for children
When to Take Your Child to a Nutritionist

Eating habits for children
Why Is It Good for Children to Learn How to Cook?

The interest in cooking has grown considerably in the last 6 or 7 years. Several TV programs have appeared where…

Now that summer is in full swing, it’s time for children’s favorite time of year: summer vacation. However, it’s never…

Eating habits for children
All About Fructose Intolerance

Before we begin to explain fructose intolerance, it’s important to know how to distinguish it from an allergy. On the…

Feeding problems in young children are very common. Parents take their children to the pediatrician, complaining that they don’t want…