There are a number of classic children's stories that have been passed on from generation to generation. Today, we'll look at 6 that you can read with your little ones. 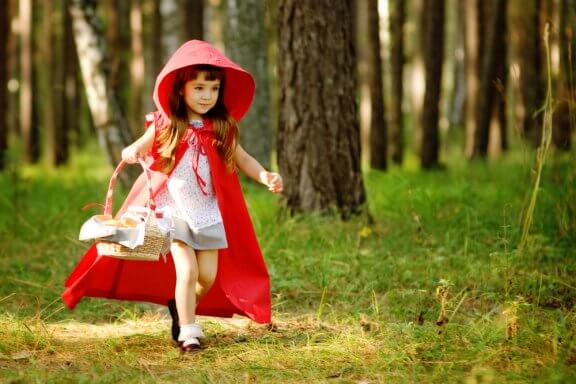 Now, it’s our turn to pass these classic stories onto our own children to make sure they continue on.

Below, we’ll provide a list of just a few classic children’s stories that will allow you to revisit your childhood. And, of course, they’ll serve as inspiration of stories you can share with the little ones in your home.

This classic European folk tale dates back to the 10th century. The most well-known version, told by the Brother’s Grimm, tells the story of the little girl with a red riding hood whose mother sends her to bring food and medicine to her grandmother’s house. The story reflects two essential values.

First of all, Little Red Riding Hood reflects the value of family unity, concretely between the little girl, her mother and her grandmother. Secondly, the story is a reminder to our children that they should stay away from strangers.

The Wolf and the Seven Little Goats

The Wolf and the Seven Little Goats also comes from the collection of fairy tales published by the Grimm Brothers.

In this story about a family of goats, the mother must leave her 7 little goats at home so she can do her shopping. She warns them that they shouldn’t open the door for anyone. Furthermore, she tells them that when she gets home, she’ll give them a sign so they know it’s really her.

When a wolf that wants to eat them comes onto the scene, a series of events will lead to the wolf’s belly being full of little goats. In this moment, the mother’s love – one of the fundamental values of this story – will give her the courage and strength necessary to rip open the wolf’s belly to rescue her seven little kids.

Once again, one of the main values of this story reminds children to stay away from strangers. This is an important issue to talk about during early childhood.

While this story was first published in the 1840’s, it’s still being passed down from generation to generation well before that. To this day, we still recall how the big bad wolf huffed and puffed to blow down the homes of the three little pigs in order to eat them.

There are many values that our children can take away from this classic children’s story. For example, the use of strength and willpower when it comes to achieving a goal.

Also, the story highlights the importance of cooperation and teamwork in making difficult tasks easier to take on.

The Princess and the Pea

The Princess and the Pea is a classic fairy tale written by Hans Christian Andersen. The story provides us with one of the most important lessons in life: Looks can be deceiving.

Apparently, this is something the queen in the story fails to understand. A princess with a deplorable aspect arrives at the castle where the queen and her son live. The prince is looking for a woman to marry, but the queen rejects the unpleasant looking princess.

A small pea will be the key in turning the queen’s opinion around. The princess proves that she can detect the presence of a pea under her bed despite having 20 mattresses. Only then does the queen accept her, as only true princesses possess such delicate skin.

Goldilocks and the Three Bears

This 19th-century British fairy tale is one of the best classic children’s stories to teach children the value of respecting others and their privacy.

The main character is a small girl with golden locks that, without permission, enters the home of a family of bears. She eats their food, uses their furniture and even sleeps in their beds.

As to be expected, the family of bears comes home only to discover the small girl sleeping in their home. Terrified, Goldilocks jumps our of bed and runs out of their home to the forest as fast as she can.

The Milkmaid and Her Pail

One of Aesop’s Fables, this simple story describes a milkmaid’s walk into town. As she walks, the imaginative young woman daydreams about what she’ll be able to do with all the money she’ll earn from so much milk she has to sell.

All of these thoughts lead her to imagine herself having more and more money. That is until, all of the sudden, she trips on her way and all of the milk spills along the road. Because she wasn’t paying attention to where she was going, she now has no way to earn any money at all.

The story reminds children that it’s important not to “count your chickens before they hatch.” We should be careful not to be too greedy or too lofty about the things we don’t have or want to obtain. Sometimes, focusing too much on our ambitions can actually be counterproductive.

How to Tell Your Children Scary Stories
How should you tell your children scary stories? Kids love hearing scary stories so they know they can survive their nightmares. Read more »
Link copied!
Interesting Articles
Tips for raising your child
Your Children's Grades Won't Determine Their Success