How to Cope with the Terrible Twos

The “terrible twos” are a time when small children begin to explore their character and demand autonomy. Discover how to deal with them in this article. 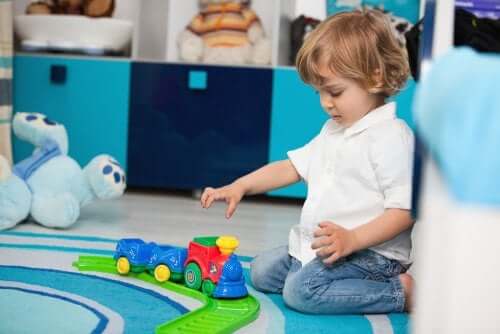 When children reach two years of age, they enter a stage of big physiological and psychological changes, almost like a small puberty. They begin to demand autonomy and express their character in ways that, at times, can exasperate their parents and other adults. So, how can parents cope with the terrible twos?

This stage can begin around 18 months of age and last until they’re four. It’s a normal phase that must be gone through. Its intensity will depend on the child and the family circumstances.

What are the terrible twos?

Any parent with children who have already passed this age can confirm how radically children change around the age of two. Some of the most frequent examples are:

In all the confusion and exhaustion, many parents wonder who or what has changed their little angel into a small, hysterical, and uncontrollable human being. What could have happened?

By this age, children’s cognitive and motor development have evolved considerably. They’re already able to move freely by themselves, as well as reasoning and choosing. They start to know what they want and how they want to do it.

Up until this point, they’ve been so attached to their parents that they just went with the flow, as it were. However, at around two years of age, they start to notice that they’re actually individual little people, with their own identities, personalities, and abilities.

They become self-determined and want to enjoy and use that “separation” from the mother. They start to explore their tastes, ideas, and their own character. At this point, they now want to choose and do things on their own, without adult help or intervention, and they hate it when that independence isn’t respected.

But, of course, they still don’t have the capacity to manage or express their emotions clearly. For that reason, when their parents refuse their wishes, the only way they know how to react is by throwing a tantrum.

At this time of their lives, they aren’t able to fully understand why they can’t have what they so desperately want, and why there should be limits on what they can do or have.

It’s a complicated stage for both parents and children who, on many occasions, don’t know what’s happening to their children, or just why they’re so upset.

How to cope with the terrible twos

Despite being a normal stage of life that will pass by, it can be a desperate time for parents. Frustration and helplessness can become part of your day-to-day life. On occasions, you’ll feel so helpless that you’ll want to throw in the towel.

It’s important for you to realize that, even if you do everything right, you won’t see immediate results in your children. Tantrums are always going to happen and, despite them, the path of patience, love, and respect will always be the right one.

Some points to help you

We hope you’ve found this article about how to cope with the terrible twos interesting. If you’d like to know more, here’s another great article for you on the same subject.

Kids Need Us During Temper Tantrums
We all know it and, at least indirectly, we accept it: kids need us. For so many reasons, we're simply their world. They need us to grow and develop, not only physically, but also mentally, including their emotions, and particularly when they're having a tantrum. Read more »
Link copied!
Interesting Articles
Childhood behavior
The Key to Success: An Activity to Motivate Children