Vygotsky and the Psychology of Play

Play is a central element in children's lives because it helps them develop important skills, both independently and socially. Let's see what the famous psychologist Lev Vygotsky had to say about this subject. 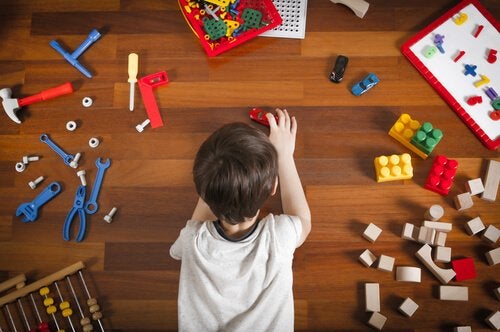 Lev Semionovich Vygotsky was a Russian psychologist and forefather of his specialty. He’s best known for his work in the psychology of development. Vygotsky believed that people can only develop properly through social interaction. One of the key elements of human development is play, and Vygotsky proposed some innovative theories on the subject.

Vygotsky believed that development consists of internalizing cultural instruments such as language through interaction with other people.

One of the key concepts of Vygotsky’s theories is the Zone of Proximal Development (ZPD). This is the idea that humans get help from others (teachers or peers) that allows them to expand their possibilities for development.

What children can learn on their own is different from what they can learn through interaction. This relates to problem-solving, interpretation of events or learning symbols, among other things.

In addition, in relation to other people, we also have to consider sociocultural factors.

What does Vygotsky say about play?

The main advantage of play is that children are putting their abilities into practice almost without realizing it. What’s more, since they do it for fun and there is no effort involved, they’ll do it more frequently and be more dedicated.

What kind of abilities was Vygotsky talking about? These are some that he highlighted in his theory:

As we mentioned before, Vygotsky believed that oral and written language was the base of human development. Language makes communication possible, and communication allows for the transmission of cultural knowledge.

Playing isn’t just about having fun. It also involves certain responsibilities. When children play, they have to be organized and take on certain roles in order for the game to work.

In a footrace, for example, children at the starting line want to start running as soon as possible so they can win. However, they know the rules of the race, and they respect the fact that they can’t start until someone says “go.”

In one of his essays, Vygotsky gives the example of a 3-year old boy who wants to ride a horse. Since he can’t, he grabs a stick and pretends to ride it around. In other words, he uses imaginative play to do something that’s impossible for his current ability.

Through this process, the child extracts meaning about the horse from the stick, which is a symbolic representation of the horse. This starts to transform the psychological structure which determines his relationship with reality.

While adults often view children’s imaginative games and toys as banal, they actually help kids shape their worldview. When they pretend to be teachers, construction workers, or police offers, children are starting to understand the function of different people in society.

They also include ideas such as responsibility, the value of doing your duty, and other people’s expectations for you. This kind of play is a clear reflection of the child’s growing interest in adults and the world around them. During play, they stop being egocentric, at least partially.

These are two elemental psychological processes, according to Vygotsky’s own classification. Children develop these abilities through play.

Because they’re engaging in an activity that attracts them, they focus their attention exclusively on the task at hand. Memory is also important for remembering the basic components of play: rules, roles, locations, or anything else that the game requires.

In conclusion, Lev Vygotsky believed that play was a fundamental tool for cognitive development.

Through play, children acquire information, regulate their emotions, and forge relationships with others. Play also allows them to broaden and express their view of the world around them.