What Is Evolutionary Psychology?

Evolutionary Psychology tries to explain the processes of change in human beings. 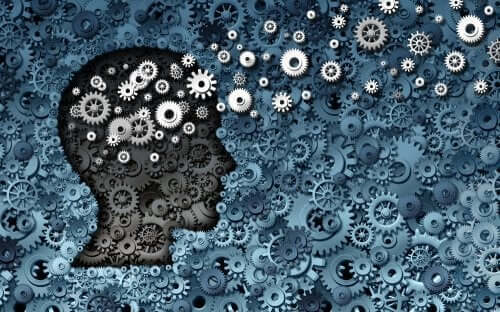 It’s difficult to understand a person’s behavior without knowing their life story. Evolutionary Psychology, sometimes called Developmental Psychology, emerged to try to explain the processes of change that human beings make in order to adapt to their environment. This is done from a physical, cognitive, emotional, and social perspective.

The relevant and inseparable factors that Evolutionary Psychology studies are:

It studies human beings from the perinatal stage until death. However, the best-known theories have focused on the infant stage, because that’s when we change most.

At the beginning of the 17th century, researchers studied and observed children in their first years of life. This led to what they called “baby diaries,” and was where all the information was recorded to try to search for similarities between different individuals.

The main theories of Evolutionary Psychology

This theory argues that all people evolve in the same way, no matter what environment they grow up in. The evolutionary changes are, therefore, marked by the maturation of the nervous system, which gives rise to new capacities. According to this theory, behavior is pre-programmed ontogenically, and we inherit it.

Sigmund Freud, the creator of this theory, considered that impulses (drives) and motivations are the basis of our development. He put forward that the process of each stage depends on how long it takes to overcome each impulse. For this reason, he considered that the stages are not fixed, but flexible and individual.

John Watson, its founder, argued that the only thing that can give us reliable information is what we can see and observe, i.e. our behavior. This theory discards hidden thoughts and impulses.

Development occurs through cumulative changes, and at any age. For this reason, he denies the existence of specific stages.

According to Bandura, the only thing needed to evolve is a social context where you can learn from other individuals. Because we’re social beings, we’ll then imitate others in order to gain acceptance in our group.

This theory’s greatest exponent is Piaget. He argues that different parts of the brain are activated step by step. He focused especially on thought changes due to the passing of time and also due to our experiences, and how this influenced behavior.

According to Vygotsky, development isn’t possible without social interaction. Individuals learn from each other, with peer learning being most effective. However, he considers that guidance from experienced subjects is necessary. If we’re being active then we’ll be learning socially.

“What a child can do today with help, he will be able to do for himself tomorrow.”

This theory’s central idea is that development occurs because genes interact in a dynamic and unique way with the environment. Thus the concept of “genetic adaptation” appears. This refers to the fact that there are variations in the genes that allow adaptation to the environment and to procreation, but only in the organisms that inherit them.

Stages of development in Evolutionary Psychology

We could say that Evolutionary Psychology isn’t a homogeneous discipline. Each theory has divided the development into different stages, depending on the basic concept around which they’ve been created.

Because of this, we should take all the information about it simply as a guide. Both the beginning and the duration of each stage depend on each individual and their own factors. Nevertheless, experts have identified seven stages in the human life cycle.

Vygotsky and the Psychology of Play
Lev Semionovich Vygotsky was a Russian psychologist and forefather of his specialty. He's best known for his work in the psychology of development. Read more »
Link copied!
Interesting Articles
Childhood psychology
Hoarding Disorder in Children