9 Things You Said You'd Never Do as a Parent

When we find out we're going to be parents, we start deciding all those things that we'd never do as a parent. But what happens? You end up doing pretty much all of them! 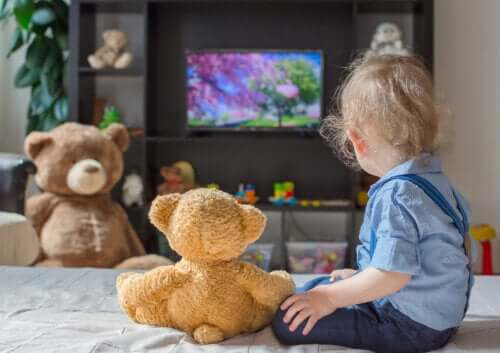 I’m sure that you do many things you said you’d never do as a parent. Before having children, many people say “when I have children, I’ll never…” – and then they end up doing many of the things they said they’d never do. Who hasn’t ever done this?

Almost all of us, when we find out that we’re going to be parents, set a series of objectives and goals. However, when the time comes, we often change these ideas and end up doing things that we said we’d never do as a parent. Can you relate? Don’t worry, you’re not the only one this happens to, and it’s completely normal!

Things you said you’d never do as a parent

Many of the things that you do, and said you’d never do as a parent, are related to bringing up your children and their free time. Things like never giving them a tablet or a cell phone to keep them amused and quiet when they’re crying, never letting them sleep in your bed, and no TV until they’re at least two years old, etc. Does this sound familiar?

I won’t contradict my partner in front of our children

Surely you can see yourself in this. You said you wouldn’t go against your partner and then when they discipline your child you criticize them because you don’t like how they did it. However, it’s very important that both parents support each other when they’re bringing up their children, and even more so in front of them.

This is a classic. Before becoming parents, many people have said this. However, when it comes to the crunch, and you’re in a restaurant and the child won’t stop crying and you don’t know what to do anymore, then you’ve probably resorted to giving them your cell phone. You were exhausted from all their crying and pleading, and you gave in just to get a bit of peace and quiet.

However, you shouldn’t punish yourself for this. It’s quite understandable, and if you do it in moderation then it’s not necessarily a bad thing.

Before the age of two they won’t watch TV

Many parents set this goal and, the truth is, they try to achieve it. However, sometimes, situations can become quite overwhelming, and, perhaps in a moment of desperation, you’ve resorted to it just to calm your child down.

Don’t blame yourself for this. Don’t feel bad – you’re certainly not the only one this has happened to.

I won’t say bad words in front of the children

Something else that parents-to-be often say they’ll never do is to say bad words or swear in front of their children. However, this “rule” is broken quite often, especially if the person used to say them regularly before having children.

It’s clear that you have to set an example. You can’t ask children not to do something that they see their parents doing. However, anyone can let these words slip out from time to time.

I won’t scream or lose my temper

Who, at some point, hasn’t felt totally overwhelmed by a situation with the children and has shouted or screamed at them? You’re not the first, and you won’t be the last. You shouldn’t feel bad about it either. However, you should always try to calm down before you deal with a situation, and in that way you may avoid a shouting session.

Using these magical characters to get children to do or not do something is a real mistake. However, unfortunately, many parents have resorted to phrases such as: “If you misbehave, then Santa Claus will bring you coal and no presents.”

We’re all aware that this does not, and will not, help children change their behavior. Nevertheless, every parent has resorted to similar methods. Don’t worry if you’ve done it too – you’ll learn from your mistakes!

They’ll never sleep with us in our bed

This is another classic. Many parents, at first, refuse to entertain the idea of their babies or children sleeping in the same bed as them. However, when it comes to the crunch, they end up letting their children sleep with them.

This is either because there’s no apparent way to get them to sleep in their own bed and, because they’re so exhausted, they can’t see any other option. Or, alternatively, it could be because they’ve had nightmares, and there doesn’t seem to be any other way to calm them down and reassure them.

If you’ve ever seen yourself in this situation, then don’t worry, nearly every parent has done the same!

I won’t threaten to pack my bags and go

Many of us may remember our mother say, “I’m going to pack my bags and go!” But the funny thing is that you may have even done the same when you’ve been overwhelmed by a particular situation. And then you’ll understand perfectly why your mother said it!

I won’t blackmail the children to eat

We all know that we shouldn’t blackmail our kids in order to get them to eat. However, when you’ve tried a thousand different ways to get them to eat without success, then you too may have resorted to the typical phrases like “If you don’t eat, we won’t go to the park” or “If you eat it all, I’ll buy you the toy you wanted.”

But don’t worry, when you notice yourself doing things, then there’s still time to do things better!

In short, these things that you do as a mother or father, and said you’d never do, are just a part of parenting. Who hasn’t said or done at least some of them? I, myself, on certain occasions, have resorted to some of them. But you don’t have to feel guilty about it; you just have to be aware of it and try to avoid it in the future.