The Educational Method of the Agazzi Sisters

Aimed at toddlers, the goal of the educational method of the Agazzi sisters was to achieve a family atmosphere in the school context. In this article, you’ll learn more about this method. 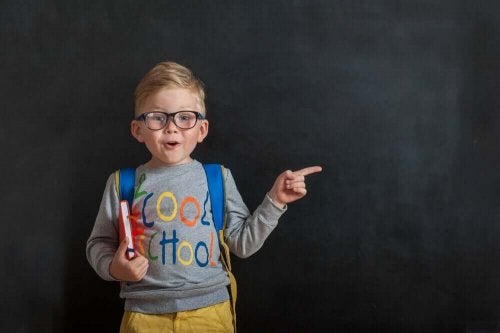 Rosa Agazzi (1866) and Carolina Agazzi (1870) were two Italian sisters and educators who were born in Volengo, in the province of Verona. The educational method of the Agazzi sisters was for children aged between 0 and 6, and mainly based on respect for children’s freedom, spontaneity, and autonomy.

The Agazzi sisters’ method is part of the New School movement of the late 19th century, whose main goal was to renew traditional teaching methods. This implied focusing on the child, as well as their needs and interests.

The New School movement considered active education and permanent involvement on the child’s part as a condition for their comprehensive psychomotor, cognitive, social, psychological, and affective development. This translated into teaching based on play and contact with their natural and social environment.

The New School movement advocated for an education based on freedom, making the child the star of the educational process, promoting their creativity, participation, commitment, and cooperation.

The Agazzi sisters believed in organizing school spaces as homes. In addition, they proposed that children do household activities in school, such as cleaning themselves up, combing their hair, dressing up, setting the table, or caring for an animal or a plant.

Also, the sisters believed that these types of daily activities similar to those they do at home help children discover order. In other words, the correct ways to carry out daily routines and the placement of objects and utensils.

The sisters mainly worked with children from families with scarce resources. Thus, they put within their reach materials and objects they were familiar with in their daily environment. Unlike Froebel’s “gifts”, which were designed for this purpose, the Agazzi sisters used materials such as used clothing, trinkets, and containers.

They considered that the use of these ordinary and real materials and objects and doing daily tasks similar to those of their family environment had real educational potential. They also believed that children learn by using intuition in contact with life, and always within the framework of a familiar and pleasant environment.

They found that children progressively develop cognition through learning activities with these materials, as well as through intuition and sensory activity. In this sense, they do so as a result of manipulating objects, making comparisons to establish similarities and differences, and classifications according to colors, shapes, and sizes. They also gain knowledge of the use and usefulness of objects.

Learning was the central point of the learning activities of the educational method of the Agazzi sisters. They considered play to be a way of bringing children closer to a pleasant and affective environment, similar to their family environment.

Through play, these sisters planned dance, rhythm, and song activities as a form of body language. They also arranged activities where spontaneous drawing triggered the development of intellectual aspects related to shapes, distances, sizes, and spaces.

Another main aspect of this educational method was working the land. Farming activities and plant care were also important. The educational tasks were centered and developed around the four natural elements: earth, water, sun, and air.

The “passwords” of the Agazzi sisters

In their educational method, children’s personal items were marked with pictures or symbols as “passwords.” Due to their age, children can’t read names or numbers. However, passwords allow them to identify and order their personal items.

In addition, these passwords promote language education. This is because they aid the other language activities along with contact with their environment, objects, and people.

As a summary, the principles that Nila Liliana Muñoz Muñoz (2011) systematizes are very clear and concise and define the educational method of the Agazzi sisters. They’re the following:

4 Ideas to Organize Your Children’s Play Area
It's important for children to have a special area where they can play. Contrary to popular belief, you don't need a lot of space to have a great play area. Read more »
Link copied!
Interesting Articles
Raising a child
How to Explain the Water Cycle to Children