Cyberbullying is no longer a strange concept. However, how can we curb it? Read on to discover keys to curbing cyberbullying! 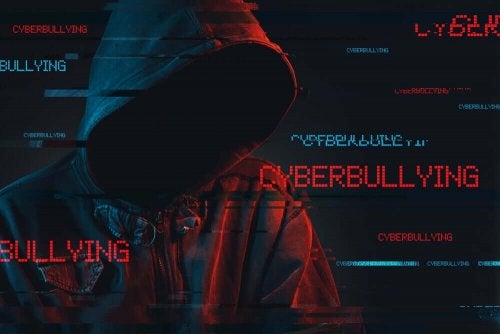 Unfortunately, cyberbullying is now very common. As it’s a familiar concept, cyberbullying cases continue to increase day after day. In this article, you’ll discover five keys to curbing cyberbullying and putting an end to it.

What are the keys to curbing cyberbullying?

“Checking in on what our kids are doing online isn’t helicoptering, it’s parenting.”

On some occasions, cyberbullying occurs in applications or online games in which the aggressor and victim don’t know each other and share no link other than the online platform. Most social networks and applications generally offer the possibility of blocking the person and reporting them on the same platform.

In cases where the bullying goes beyond the digital world, blocking won’t likely be enough. But, without a doubt, the daily bullying that the child or teen will have to endure will reduce considerably. Thus, it won’t occur 24/7.

3. The harassed mustn’t respond to the aggression

The environment of the child or teen who’s suffering cyberbullying must react and take action against the bully, not the victim. Normally, what the bullies want is exactly to provoke a reaction or response from the harassed. This way, the aggressor feels “powerful.”

Once the child or teen has asked for help, their parents, teachers, and even their peer group must collaborate to put an end to cyberbullying. Adults must teach the child or teen that retaliation places them on the same level as the aggressor and that it isn’t the solution.

Saving and securely storing the messages, posts, and images that the aggressor sent the victim can be of great help. This is because it can help put an end to the situation. In addition, it can be important if the bullying crosses legal lines.

Fortunately, in cases of cyberbullying, it’s really easy to store all this evidence because it’s automatically registered and can be displayed at any time, unlike other types of situations where bullying is more difficult to prove.

5. Asking for help is the best way to stop cyberbullying

Last but not least, and most important of all, the child or teen should be able to talk to someone about what’s going on. This is one of the best keys to curbing cyberbullying. Although it may seem obvious, the cases of cyberbullying often go unnoticed because it’s quite difficult to detect this type of situation.

If the child or teen doesn’t ask for help from their family or school, it’s likely that their environment won’t become aware of the situation until the cyberbullying has considerably worsened. In short, once the child or teen asks for help at home, the most advisable thing is to gather information and then ask the child or teen’s school for help.

How to Detect Cyberbullying in Adolescents
Cyberbullying in adolescents is becoming an increasingly present problem that needs to be addressed by schools, teachers and parents alike. Read more »
Link copied!
Interesting Articles
Responsibilities and values
How Many Presents Should Children Get for Christmas

Illnesses in babies
Eczema in Babies: Characteristics and Treatment

Babies
The Amazing Changes Babies Go Through by Age 2