What Is the Matthew Effect? What You Should Know 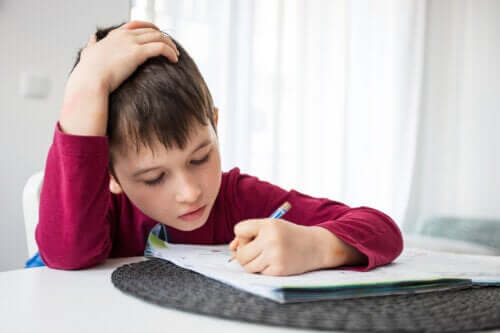 The term “the Matthew effect” has been used since the middle of the 20th century in the worlds of sociology and psychology to explain the fact that people who have certain benefits end up getting more benefits, and people who have less benefits, also have fewer possibilities to access them.

At first, this concept referred only to the accumulation of material goods, wealth or fame. But later, experts also started to use this term in other disciplines such as education, psychology and economics.

Below we’ll explain what this concept is based on and how we can explain these inequalities.

“The rich get richer and the poor get poorer.”

Why is it called the Matthew effect?

This phenomenon owes its name to the Biblical passage of the Gospel According to Matthew, specifically chapter 13, verse 12, which says: “Whoever has, shall be given more, they will have an abundance. Whoever does not have, even what they have shall be taken from them.” However, the true context of this verse is far removed from what we’re going to describe to you!

This concept was used to explain the distribution of material or immaterial benefits, because those who have seem to get more and more, and those who don’t have get less and less. People have often used these terms to explain unequal distribution in different contexts.

For example, in the economic field, money, wealth or material goods are used as a parameter, but in other fields such as psychology and education it refers to values such as trust, social prestige, etc. So, depending on the field in which we want to explain, we’ll study different parameters of measurement.

So, bearing this is mind, we’ll now focus on the field of educational psychology in order to explain this phenomenon.

The Matthew effect in reading

Psychologist Keith Stanovich (1984) was the first to adopt this concept to explain the reading and writing problems he observed in his research. Children who are highly skilled in reading from the beginning have greater advantages over those who aren’t.

To all this we must also add the different treatment given by teachers to children with special educational needs. In this research by Cooper (1983), teachers gave children less feedback, didn’t expect them to answer as much as other children, and visited their tables less often.

How to reverse the Matthew effect?

To reverse this effect, teachers should encourage and help children who need it most at school. They should also encourage the parents to do the same at home. Here are some helpful ideas:

With all this, we’ll ensure that there’s equality among all the children as far as opportunities are concerned. Those that haven’t yet acquired certain learning skills will end up acquiring them and, in this way, they’ll approach their classmates’ level more and more.

So, you now know a bit about the Matthew effect, and the importance of involving all children in the class, and not creating competition. It’s an adult’s responsibility to correct the inequalities that sometimes arise between children and that always remain in a child for better or for worse.

Therefore, we must help those who need it most, as well as those who know less, in order to enable them to achieve their objectives and goals. If these children don’t receive sufficient support, they’ll end up having serious problems at school, and possibly in life.

Invisible Learning: What You Should Know
Invisible learning is a proposal to conceive of new forms of learning. Discover more about the main characteristics in today's article. Read more »
Link copied!
Interesting Articles
Responsibilities and values
How Many Presents Should Children Get for Christmas