The biological sciences analyze the origin, evolution and relationships of our planet's organisms, from a molecular, cellular, individual, and community perspective. 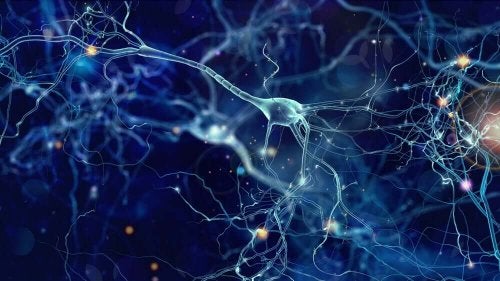 Biology is a science that mainly studies the structure of living beings and the processes that take place in them. However, it also encompasses many other disciplines. It deals with the origin and evolution of organisms, the relationships that are established between them and also their environments.

Biology for Dummies, by R.F. Kratz and D.R. Siegfried

Biology for Dummies is a book for those who have no real knowledge of biology and want to know how to start learning. The subject matter of the book ranges from molecules and the cell to ecosystems. Written in simple language, this guide gives us useful and specific answers to common questions in biology.

Its authors are professors of biology and authors of numerous popular science articles. R.F. Kratz teaches biology at Everett Community College and is a member of the North Cascades and Olympic Science Partnership. And D.R. Siegfried currently contributes to the Journal of Men’s Health.

The Origin of Man by Charles Darwin

The author of this book needs no introduction. Even more than a century after the publication of his famous theory in the book On the Origin of Species, it’s still in force.

The Origin of Man is an account of the evolution of man from a common ancestor. It came out at a time when biology as a science didn’t exist as such. The scientific world at the time was immersed in debates between the creationist and the Lamarckist theories.

But Darwin, using great cunning, tried to convince the reader of the error of the theories at that time. It’s a book full of empirical data that, in the eyes of many, leaves no doubt about the existence of that common ancestor. He also justifies the search for the origin of man by using his controversial theory of evolution and sexual selection.

His work has inspired many other scientists. Among them, we can highlight the authors of the two biology books for beginners that we’re going to mention now.

The Selfish Gene by R. Dawkins

Richard Dawkins is a respected British scientist and author of books such as The Ancestor’s Tale and Unweaving the Rainbow. He’s also an ethologist, zoologist, and evolutionary biologist. In addition to that, he wrote the famous documentary The Unbelievers (2013), where he talks about the importance of science and reason.

“We are survival machines, robot vehicles blindly programmed to preserve the selfish molecules known as genes that we harbor in our cells.”

This is how this exciting book begins, in which Dawkins analyzes the evolutionary basis of animal and human behavior in depth. In its latest edition, numerous notes have been added to the text as well as two chapters related to the biology of social cooperation and the gen-organism dichotomy.

You don’t need to have a knowledge of advanced genetics in order to understand this profound reflection on the Theory of Evolution through genetic analysis. We can easily grasp the irony that it’s the genes that control us and they’re what really matter.

Your Inner Fish, by N. Shubin

Neil Shubin is a renowned paleontologist and evolutionary biologist, as well as a popular writer of scientific novels. He’s also a professor of Evolutionary Anatomy at the University of Chicago. However, he’s also known for the co-discovery of the fossil species Tiktaalic roseae, which is the inspiration for this beginner’s biology book.

The book is really an autobiography of the adventures of this North American paleontologist in the search of deposits and rare specimens in the most remote places of the planet.

In a kind and ironic tone, he tells us how the discovery of the Tiktaalik, a 375 million-year-old fossil, helped him to reaffirm the Theory of Evolution. This strange specimen has everything necessary to justify 3500 million years of evolution. It’s a fish with a skull, neck, and extremities – elbows, wrists, fingers and feet.

“We haven’t been rationally designed but we’re the product of a zigzagging history.”

A reflection on biology books for beginners

All of us who have an interest in science ask ourselves the same question, as do the authors of these biology books for beginners: “Where do we come from?” Some look at the stars and others search inside themselves, but the answer is still waiting to be found.

Parenting
Why Is It Important to Make Up in Front of Children?